Happy 4th of July, everyone. Now get out there and celebrate with barbecued meats and gunpowder.

We've got 57 days until kickoff, but that number has yet to be assigned, so today we'll highlight a random, numberless soul—Armand Nance 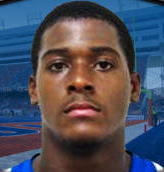 Nance helped lead Dekaney to a 5A State Championship last season and also earned first team all-state honors as a tight end despite only catching 3 passes on the year for 38 yards and a score. As a junior—Nance's first season at tight end—he again nabbed just 3 passes, this time for just 20 yards and 2 scores, but again was rewarded with 2nd team all-district honors. Nance was a honorable mention all-district center as a sophomore. Nance chose the Broncos over an offer from North Texas.

No negative connotations there that I know of. 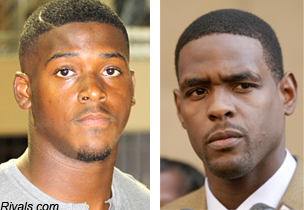 How do you earn first team all-state honors and 2nd team all-district honors in a 2 year span after only catching a combined 6 passes for 58 yards? By being a darn good blocker—that's how. Add in the fact that Nance played center, of all things, as a sophomore and still was recognized as an all-district performer and it overwhelmingly suggests that what Nance may lack in the pass-catching department, he makes up for with blocking...let's say "acumen". Naturally, the coaches recognized this and have already penciled this stout young man in at fullback—a position I think he'll really excel at given his skill set—a skill set that Scout.com says consists of 3 things: size, strength, and blocking ability. So, when will we see Nance hit the blue to start opening lanes for the running backs? Next year would be a good and safe bet. Dan Paul will return this year after sitting out the 2011 season and should have the fullback duties well in hand. Backing Paul up will likely be walk-on Jamal Wilson and I don't really see a need for the fullback depth chart to go deeper than 2—especially when we have an extremely deep TE corps and a Mike Atkinson that can fill in if we get in a bind. Nance should be a great fullback for the Broncos, and I see him fitting Richie Brockel-type mold. We just won't be seeing him this year—and that's perfectly alright.

Nance is originally from New Orleans, but had to move to the Houston area after his family was displaced by Hurricane Katrina. The truth is sometimes stranger than fiction...but fiction is definitely funnier.