Sure, we're 32 days from the start of the season...but we have just 6 days till Fall Camp opens. Let me get my excited face out of storage.

We've got 32 days until kickoff...so today we'll be highlighting #32 on the Boise State roster—Jonathan Brown 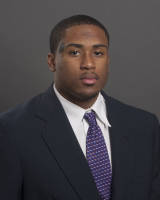 Brown was a do-everything player at Encinal High School, where he earned three varsity letters in football. He was second-team all-state as a senior and first-team all-conference on offense and defense. In 2008 Brown was named the Bay Shore Athletic League Offensive Player of the Year, the San Francisco Chronicle Regional Player of the Year, and the Bay Area News Paper Group East Bay Football Player of the Year. Brown recorded 92 tackles, eight sacks and two blocked punts as a senior and threw for 1,364 yards and 28 touchdowns, while also rushing for 862 yards and nine scores. Brown had offers from Colorado, Air Force, and San Diego State. 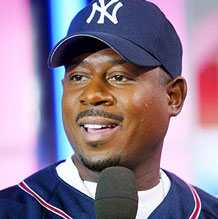 Played in Broncos first 10 games of 2011—including 4 starts—before injury benched him for remainder of season. Made 8 game appearances in 2010, registering 16 tackles and 2 PBUs. Named to WAC All-Academic team in 2010. As a senior, led high school squad to their first North Coast Section title since 1980 and accounted for all five touchdowns in their 35-28 win over Novato in the championship game.

I know we aren't supposed to take it too seriously, but I was a bit perplexed that Brown was completely absent from the early nickel depth chart that was released at MWC media days. Brown has put in two fairly solid seasons at the position—35 tackles, 2 PBUs, half a sack, and 3 TFL—and done so as only a part-time starter/contributor who's split time with upperclassmen. With the graduation of Hunter White, I'd have thought Brown might have been the favorite to wrest the majority of the snaps away from Bell and Simmons in 2012. Now I'm not so sure. Maybe it's the lingering effects of his late-season injury that has him off the pre-Fall depth chart...and maybe I'm just reading too much into things, but it's an intriguing start to the race—a race that I hope Brown is right in the thick of when camp starts in a week. I'd be fine with any one of the 3 returning nickels getting the start—or in this case, the larger number of snaps—and I feel that the position will once again split time fairly evenly amongst the 3, that is, unless one can emerge that is an "every down" type nickel...one that can stop the run, get after the QB, or drop into coverage when needed. All 3 will see time, but it will be interesting to see if the committee approach sticks this season or if we see our first real star since Winston Venable emerge at the nickel position. If there's production there, I don't know if I care one way or the other.

When Brown shaved off last year's locks, he donated them directly to Madame Tussaud's wax museum and their new "Legends of Reggae" wing.