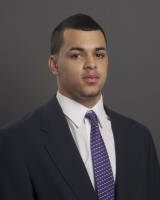 This one courtesy of Mr. Andrew Bernard 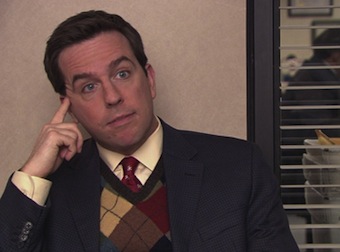 All-CIF Most Valuable Defensive Player honors in 2010. Named to All-CIF and All-Valley first team on defense. Single-season school records in 2010 for receiving yards and TDs.

Thompson's "DB" label on the Broncosports roster makes him much more inconspicuous when floating possible secondary depth charts, but he's a guy that we definitely shouldn't discount...I think he could be very much in the safety mix this season. Thompson has bulked up a bit from his redshirt year—15 lbs. worth, to be exact—and has a decent-sized frame for either of the safety spots, but I imagine that free safety would be more in line with his skill set. A year ago, I would've predicted that Thompson and Loffler would be the leading candidates to replace George Iloka...this, of course, was before Loffler's knee took another beating and Lee Hightower lit up idea light bulbs throughout the coaching staff by looking scary good for a true frosh. Now, most think that the FS spot is Hightower's to lose, and the depth chart released at MWC media days suggests that another RS frosh, Eric Agbaroji is nipping at his heels. Although, the MWC depth chart came with a disclaimer to take only with a grain of salt, it looks like Thompson may have plenty of competition if he wants to see the field this Fall. If he plays well enough, the coaches will find a place for him, but keep in mind that Thompson is still young and this is far from his last shot at a slot. If either Ioane or Hightower become entrenched at their safety positions, it may be worthwhile for Thompson to get some snaps in elsewhere in the secondary or become the greatest special teamer of all time. Time will tell where he'll eventually end up, but his considerable skills indicate that he'll be an important cog in the Bronco machine for the next 4 years. 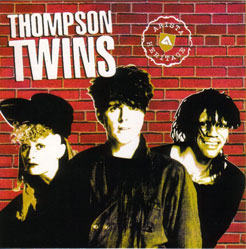