Share All sharing options for: The great lengths the Mountain West would have gone to in order to keep Boise State 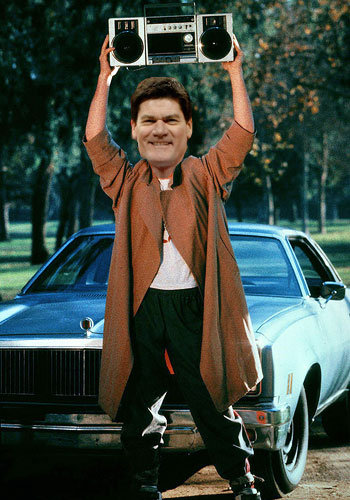 Not too long ago, Boise State's conference-affiliated future hung in limbo between a Big East of Unknowns and a Mountain West of Sure Things But Also San Jose State. There were very real moments where it looked like the Broncos would renege on their Big East departure and stay true to Craig Thompson's Mountain West. They didn't. BSU will join the Big East, however much still exists of it, beginning next football season

But that's not for lack of trying on the Mountain West's part.

Just how badly did the Mountain West want the Broncos? Badly enough to throw money at them and let them wear whatever they wanted. Commissioner Thompson revealed his conference's best offer to win back Boise State. It included the following concessions:

Obviously not. The conference bent backwards for Boise State far more than it did for BYU; Inequitable revenue sharing was never an option to keep the Cougars. But a few extra million and uniform freedom aren't the giant carrots the Broncos were looking for, especially not when the Big East offers more lucrative carrots in the form of television contracts and quality competition.

What do you think about the MW's offer? Was it worth considering? Was it rather lame? Share your thoughts in the comments.