Apologies for the "late" countdown today...I fear I've instilled a Pavlovian 1pm response in the OBNUGers...and I'll make sure it doesn't happen again.

We've got 36 days until kickoff, but that number was vacated by Aaron Tevis and has yet to be officially assigned. Today we'll take a look at one of the remaining numberless souls—Jack Fields 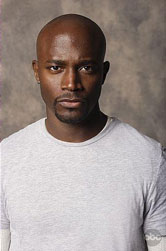 Rushed for 5,136 total yards as a 3-year starter at Americas with an average YPC gain of 7.5 yards. Made second team all-state as a senior and was named MVP and co-MVP by local paper and conference, respectively. 2-year letterman in track and field.

We're quickly running out of numberless newbies to plug into these holes, so it's surprising that Fields was one of the last picked, as he might be one of the first picked when it comes to hand out away jerseys to select true freshman. Fields would have been a great pickup by the Bronco staff in any year, really...but he comes in at a time when he's desperately needed. The Broncos have 2 senior backs on scholarship in DJ Harper and Drew Wright. Harper is a known quantity (when his knee holds up, that is) and Wright has been workman-like in mop-up duty...but behind them, the depth chart crystal ball is hazy. One would expect fellow Texan Jay Ajayi to be right in the mix, but he too is coming off a knee injury and may have lingering disciplinary action on him for a freshman year indiscretion. Therefore, you have Fields and yet another Texan, Devan Demas, at the coaches disposal to shore up the RB stable immediately. Of those two, it seems clear which one is ready for action...the guy that rushed for roughly 3 miles of gains in high school and the guy whose punishing running style reminds many of 1st-rounder and departed senior Doug Martin.

I'm no odds-maker, but if you asked me which true freshman are most likely to see the field this year, Fields would be at the top of my list and I'd probably give him better than 80% odds. Of course, if Harper, Wright, and Ajayi are all healthy and ready to go, a 4th back might not be necessary, but I think that Fields is ready physically and mentally to shoulder some of the load and the last time we faced RB depth concerns like this—2007—DJ Harper's redshirt was summarily torched. Fields has the right kind of vision, balance, and strength that would be an asset to any team, and I think the Broncos are lucky to have survived the late scholarship onslaught this young man faced before signing day...but Fields is also a man of his word and I think he knew that immediate playing time might be in the cards as a Bronco.

Next year, the running back deck gets shuffled again with Harper and Wright's departures and I think going into 2013 with at least 2 experienced backs would be ideal...therefore, I say Fields gets the nod this season and holds his own. Next year, however, look out...Fields is going to blow up (not literally, mind you) and should be the core of an all-Texas lineup.

Mrs. Fields is Jack's mother. I don't know if she''s the cookie lady...but of the main fact—for once—I am certain.