Another Monday is upon us...but hey, we're into the 30s now, so things are looking up.

Yes, we've got 38 days until kickoff...so today I'll be highlighting #38 on the Bronco roster—Corey Bell 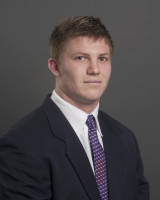 It's always nice when you can snag good players right in your own backyard, and Boise State did just that going after Bell. A two-way player for the Capital Eagles, Bell finished his senior season as a first-team all-state selection and was named SIC player of the year after recording 44 tackles (12 for loss), 3 sacks, and 3 INTs on defense and accounting for 1,204 yards of offense and 25 TDs on offense. In Bell's junior campaign, he had 50 tackles (9 for loss), 3 INTs and 2 forced fumbles. As is often the case with Bronco recruits, Bell also got things done in the classroom during his time at Capital, and was named to the Academic All-Conference on 3 separate occasions. As far as I know, Boise State extended Bell his only scholarship offer.

Another rare moment when this is an actual player nickname. Bell gets so amped up on the field he displays a nervous side-to-side head movement. Watch him play if you think I'm lying. 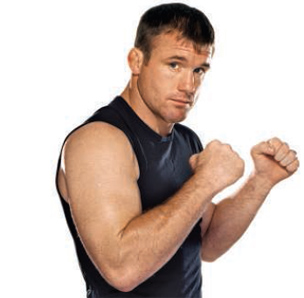 Many suspected that Bell would find his way onto the field last year as a true frosh and were not disappointed when his redshirt was officially burned in the Colorado State blowout last October. We knew that Bell's special teams prowess would make him hard to sit, but I'll admit I was a little surprised that he was so conspicuous on defense. With Hunter White, Dextrell Simmons and Jonathan Brown at the nickel position in 2011, I thought that Bell might be more of a one-note player last season—gaining the lion's share of his Bronco PT on special teams. However, like Blake Renaud—another true frosh that played last season—special teams were just an introduction to more and more playing time...and Bell did not disappoint. In fact, Bell impressed me so much last season that I truly think he could start this Fall at nickel. He's a hard-hitting instinctive player and that's exactly what you want at the nickel position. Of course, Brown and Simmons might have something to say about handing the reins to the sophomore...and all 3 will surely play in 2012, but the nickel race is anything but decided at this point and Bell should no longer be considered a dark horse candidate for the job. Again, we'll probably see a nickel rotation this season like we did last year...however, Hunter White—who played the slight majority of snaps in '11—has graduated and left a spot to fill. Bell, Brown, and Simmons should start camp on equal footing, with Brown maybe a slight edge given his experience and more coverage strength. Either way it shakes out, expect to see plenty of Bell this season. I think he'll end up with 25+ tackles on the season and continue to make a big impact on special teams.

Bell is fluent in 15 different languages, all but one of which are make believe. Just humor him.