I'd say we're half way finished with this here countdown. I'm going to half way pat myself on the back now, if you don't mind.

We've got 50 days until kickoff, but that number has yet to be officially assigned, so today I'll highlight a random, numberless soul that could wear that number—Chanceller James

That's the next step up from Chancellor, right? 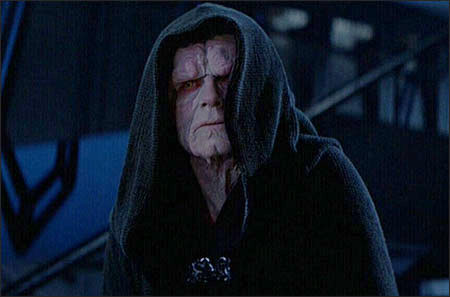 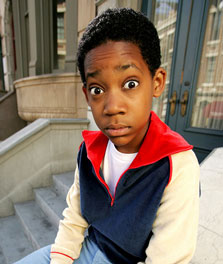 Kid from Everybody Hates Chris

Yesterday, I went over the safety depth chart and came out with few answers. Any way you slice it, there will be a new starting strong safety and a new starting free safety in 2012. This is both exciting and terrifying news for any Bronco fan—exciting that we get to see some new blood and new playmakers emerge, and terrifying to break in new guys in East Lansing. Fortunately, the two presumptive starters at FS and SS (Ioane and Hightower)have some playing time under their belts and are big hitters. After these two, however, experience (and depth) is somewhat thinner. Way thinner. Taylor Loffler, a kid we were all very excited to see at FS, redshirted last season and then tweaked his already messed up knee in Spring Ball—I think he's a non-factor this year. Dillon Lukehart, a converted LB, has played precious little safety and redshirted last season as well. Then you have yesterday's highlightee Chris Santini and today's—Chanceller James.

It's safe to say that a true freshman safety will play this year, even if just as a backup. My guess is that Lukehart and Santini will battle it out for 2nd string strong safety and James will battle it out with someone not currently listed as a safety for the backup FS spot—my best guess would be "DBs" Eric Agbaroji or Darian Thompson. My guess is that the guys listed at "DB" on the Bronco roster can feasibly play anywhere from cornerback to nickel...some will obviously be needed to provide safety depth, because there isn't much right now to speak of. In fact, if you took only the pool of guys listed as safeties on the current Bronco roster, James would be the de facto backup at the free safety spot. I don't think the coaches want to leave that just to chance (-ller), so look for more guys to officially slide into the safety spots as Fall Camp begins so we can be 3-deep at each of the two positions. That said, I still think James has an outside chance of playing this season as a true frosh...Santini probably has the inside track for true frosh safety PT...but James looks range-y like George Iloka, and I think could be very disruptive to opposing passing attacks, now or in the near future.

For Chanceller's senior project, he developed a theory of football relativity that posits that one could actually intercept a pass before it has been thrown, if one could either a) travel through a wormhole or b) have the quarterback be Nathan Enderle.