Yes, we're still more than 50 days away from kickoff, but we're mere hours from me going to get some ice cream at Ben and Jerry's. When you put it in that perspective, it's not so bad.

We've got 51 days until kickoff, but that number has yet to be officially assigned, so today I'll highlight a random, numberless soul that could wear that number—Christopher Santini

Santini was a two-way standout for the Leland Chargers, where he played running back, safety, and linebacker. As a senior, Santini racked up 99 tackles, 4 sacks and two blocked field goals from his linebacker position and earned first-team all-county and all-state honors (despite missing several games because he was hit by a freaking truck). Santini's senior season also saw him rush for 801 yards and 16 TDs. As a junior, Santini benefited from NOT being hit by a truck and made 102 total tackles, 2 INTs and blocked 3 field goals as a safety. For his stellar junior season, Santini was named first-team all-state and all-county. As well as his Bronco scholarship offer, Santini held offers from Army, Cal Poly, New Mexico, New Mexico State, Oregon State, SDSU, San José State, UNLV, Utah, and Utah State. He was rated a 3-star, #42 OLB by Scout.com and a "76" by ESPN's recruiting service. On second thought, maybe you should just take a look at his highlights. 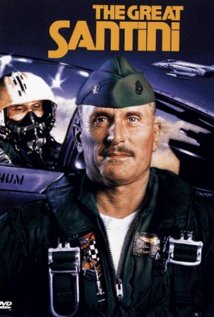 Despite loud protests from certain site members, this is the most ready-made of the nicknames. Plus, Robert Duvall! 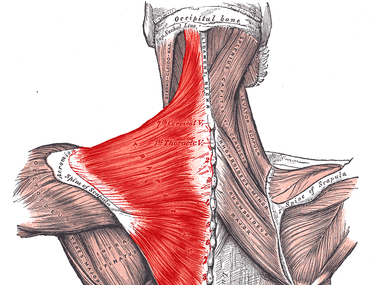 Large trapezius (it's a trap).

299 tackles, 4 INTs and 9 blocked field goals between sophomore, junior, and senior seasons. Two-time Mount-Hamilton League Defensive MVP (2010 and 2011). First-team all-state and all-county selection in junior and senior campaigns (as a safety and a linebacker).

I know that Santini is going to be a heck of a player for the Broncos...and that could start as early as late next month (the 31st, to be exact), but honestly I have no idea where he'll line up. Let's discuss the possibilities, shall we?

Obviously, Santini will be playing defense...that much is clear—what isn't clear is where. He excelled at safety and linebacker during his prep career, so naturally, the 4-2-5 defense that the Broncos currently employ would seem to be calling him to the position that is essentially a safety/linebacker hybrid...or as we call it, the "nickel" position. Any other year, this move would be a slam dunk...however, I'm not so sure that Santini is long for the nickel position given the way the classes are currently stacked and the current depth on defense. Santini himself tweeted that he'd be playing outside linebacker for the Broncos back before Coach Petersen hit the twitter kill switch for all the new recruits—but then there's the small matter of him being listed at safety on the official Bronco roster. Confused? So am I.

Santini does indeed look like he could be heck of an outside linebacker for the Broncos...he's built similarly to J.C. Percy (although more freakishly muscular...sorry, J.C.) and obviously has a knack for getting to the ball. The OLB spot could also use a bit of depth going into the season...but take a gander at the safety position and you'll see why Santini could play there as well. The Broncos currently list 5 safeties on the roster: Jeremy Ioane (presumptive starting SS), Chanceller James (true freshman), Taylor Loffler (knee injury), Dillon Lukehart (converted LB), and Santini. Not listed? Presumptive starting free safety Lee Hightower. What does the depth chart look like behind the presumptive starters? Again, I have no idea. Loffler's knee injury had another setback in the Spring, Lukehart is new to the position and James could well redshirt. Maybe Santini is just the man to provide instant, solid, safety depth. Or maybe not. Santini is one of those guys like Doug Martin was—too good to keep off the field, but too versatile to know exactly where to put him. Obviously, they found the spot for Martin—much to the delight of his bank account—and they'll find the spot for Santini as well...it might just take a bit of experimentation before they find it. Here's an idea though, in the meantime...put him on special teams. The kid blocked 9 field goals in high school. Nine. Plus, he looks ready to bust some heads. Throw him out on special teams while you debate where his permanent defensive home needs to be and I guarantee that you'll be happy you did.

Santini was pretty banged up after being hit by a truck on his bicycle, however, the truck was completely totaled.