Today we take a look at another big prospect on the offensive line, Mario Yakoo.

How'd He get to The Blue?

Yakoo was a three year starter at Steele Canyon. As a sophomore he received honorable mention all CIF-San Diego County and all Grossmant League, and as a junior and Senior he earned all League honors. Yakoo was a freight train on the offensive line and his high school play attracted the attention of many Pac-12 schools. Yakoo received other offers from UCLA, Arizona, Oregon State, Air Force, Nevada, San Diego St, and Eastern Washington. The fact that he picked the Bronco's over some of those offers make me feel very good about the future of recruiting. 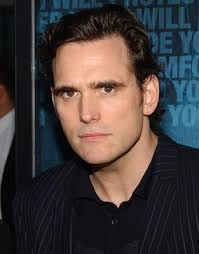 Add about 100 pounds to Matt Dillion

Yakoo was a beast in high school. Aside from his numerous county and league accolades, Yakoo was a great track and field athelete (I am guessing it wasn't in the 100m) and he was also named to the Union Tribune's all Academic team for his senior year of football.

As noted yesterday, we do have some experience coming back for our offensive line. Even some of our reserves will have had some good experience over the last few years. As we have seen with our countdown, some of our new recruits are a little bit bigger and taller than some of our past recruits. We are pulling recruits away from Pac-12 schools and Yakoo is proof of that. I would guess that Yakoo gets red-shirted this year to maybe trim down a little bit and get some speed in his step. If some of you have followed our recruiting classes the last few years, then you have noticed that this year more than ever we are getting bigger, faster, and stronger recruits than we ever had. I think this is a big turning point for our school. Now we don't have to simply rely on guys that have been overlooked by the traditional power schools. We will continue to get guys that have been overlooked and have the chip on their shoulder, but a shift in the tides is getting us guys like Yakoo, Adam Sheffield, Jack Fields, Devan Demas, and Chaz Anderson. My guess is Yakoo redshirts this year and pushes for a starting job next year.