Don't look now, but the 80s are dwindling down quickly on our countdown to gameday. Well, okay, I suppose you can look now.

We've got 83 days until kickoff...so today we'll be taking a look at number 83 on the Bronco roster—Troy Ware

If lycanthropy can make Michael J. Fox into an awesome basketball player, imagine what it could do for Ware. 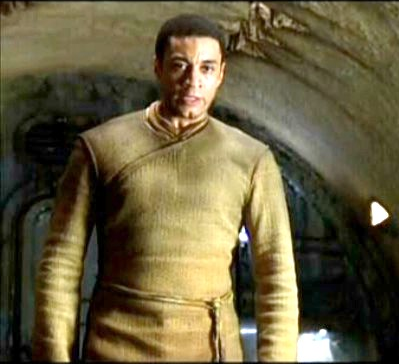 Is it just me, or does it seem like Ware's been with the team for ages without actually suiting up? I suppose that's what happens when you don both the gray and the red shirt. This season, we'll see just how well that process has panned out for Ware...who's had 2 years of hype built up around him.

The Bronco receiving corps has no shortage of depth or playmakers, but I really feel like Ware could develop into a real standout wideout for the team. Chadd Cripe's Spring report noted that Ware had "consistently made plays" throughout camp and that it was the opinion of Robert Prince that he "might" have the best hands in the group. That's actually saying quite a lot when you have Kirby Moore and Matt Miller in the same crew. Of course, many of us got to see Ware's abilities first-hand when he was on the receiving end of one of the biggest plays of the Spring game—a 35-yard touchdown pass from Nick Patti. I'm largely "taking their word for it" with Ware, but given his highly-touted hands, stature, and speed (rumored to be in the 4.4 range), I think that he could be a Jeremy Childs-like player for the Blue and Orange—with any luck, minus the other baggage that Jeremy Childs bore. We may be stacked at WR, but there's always room for a sure-handed possession receiver with big play ability. I think we'll have just that with Mr. Ware.

Ware is a central figure in a new comedy routine performed by the grandsons of Abbott and Costello that pays homage to their famous "Who's on First?" routine. The title: "Ware's our receiver?"