You know the old saying, "another day, another tight end".

Huff was a late addition to the Broncos' 2010 recruiting class, verballing on the dotted line just days before official LOI Day. Huff hails from Chase Baker and 2011 commit Jimmy Laughrea's alma mater at Rocklin. Do I smell a pipeline? I must...because Intermountain Gas is parked in front of my house.

Huff was first-team all-conference and all-section at Rocklin High and was named 2009 Conference Playmaker of the Year en route to setting Rocklin records in receiving yards, receiving touchdowns, and, presumably, awards. Oh, and he can also jump high...clearing the bar at 6 feet 2 inches while competing for Rocklin. Huff grayshirted in 2010 and followed with a redshirt last season.

What better namesake than a fictional cynic from a J.D. Salinger novel? Well, there are probably MUCH better namesakes, but this is what he's stuck with. 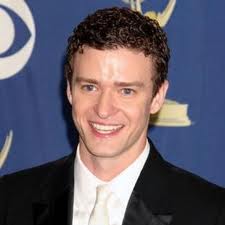 This guy. I wanna say, JB. Chip? Is his name Chip?

A lot of Bronco players' weights fluctuate from year to year, but Huff may be one of the only players that has shrunk since last year. Last season's bio page on Broncosports had Huff listed at 6'6", but he somehow went all Benjamin Button and lost an inch. Still, his 6'5" frame should give him some distinct advantages in the passing game...advantages that are lost when you take his weight into account. Simply put, Huff is not big enough right now to play tightend for the Broncos. He has one inch on receiver Geraldo Boldewijn, but gives up 3 lbs. to the lanky Dutchmen. Last I checked, no one was asking Boldewijn to step in at tight end. Huff obviously has a natural physique of tetherball pole, and while he is a good athlete, with plenty of production in his past...he'll be playing out-of-position if he doesn't pack on at least 25–30 lbs. The Broncos expect a lot out of their TEs, and blocking is a major staple of the position. A 6'5" 201 lb. guy can certainly throw a block...but he can't hold up a 270 lb. defensive end with much vigor. I think that Huff will slowly get acclimated into games this season in mop-up time, but I can't see him becoming a whistle-to-whistle staple on the depth chart until he bulks up. You'd think it'd be easy to pack on some poundage, but it's a real struggle for some guys—especially before the natural slowing of the metabolism. Huff can be a Tommy Gallarda type end for the Broncos, in my opinion, it may just take another year of Chuck-a-Rama trips to get that done.

I'm not saying that Huff is tall and skinny, but his legs were used as molds for the new line of Diamond® toothpicks. /rimshot