Got a case of the "Mondays"? The countdown is here to help.

We've got 87 days until kickoff ... so today we'll be taking a look at number 87 on the Bronco roster—Gabe Linehan

The Broncos must've said "a pedigree's a pedigree" when it came to Linehan, considering his family is steeped in sticky Vandalness. His father, Ron, and his uncles Rick and Scott all played for Idaho back in their *cough "glory years" and his two big (really big) brothers, Josh and Cole, played for Oregon State and Oregon, respectively. Still, Gabe—a standout QB and linebacker at small Banks High School in Oregon liked what he saw in the Broncos...namely, a scholarship. A stinking good linebacker at Banks (130 tackles, 18 tackles for loss, three sacks and and a pick-six as a senior), and QB ( 2,500 yards, 23 touchdowns/6 INTs)...many thought he'd come in and vie for a 'backer spot, but the Bronco coaches had other plans for Gabe and he was penciled in at tight end. Boise State, to our knowledge, was Linehan's only scholarship offer.

Because of this, you see (you may have to squint)? 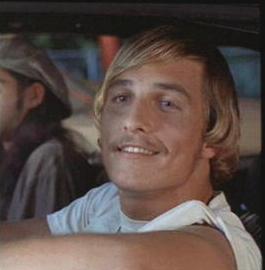 2009 Scout Special Teams Player of the Year. Played in 7 games in 2010 as redshirt freshman. TD against Idaho. Clutch 4th quarter catch against Virginia Tech. Played in 12 games for the Broncos in 2012...with 23 receptions for 252 yards and 5 TDs.

Ahhh, what the heck...missed the Maaco Las Vegas Bowl due to injury.

I'll admit it. I didn't think that Linehan was going to be as good as he has been. Yeah, I knew he was a great athlete, but that's kind of what they say about guys that have great measurables but they don't know where to put them on the field. I figured that the Broncos were in a similar situation with Linehan...who was a standout linebacker and dual-threat QB at a small school in Oregon. Let this be a lesson to us all...don't doubt the Bronco coaches. They are paid farily well to know what they are doing and bringing in Linehan at tight end was a stroke of genius. Still, I didn't know that Linehan would come along as quickly has he has...becoming the primary tight end target by his sophomore season. And now, with Linehan heading into his junior year, I don't think there's anyone that doesn't expect him to have another big year. He's a definite weapon in the Bronco pass attack, a competent blocker...and more importantly, a great leader and spark on a team that just graduated a whole lot of leaders and sparks. This one is easy...Linehan is our number one tight end and will remain so as long as he's healthy. It's hard to predict yardage and touches with a new QB in the mix, but I'd expect Linehan to put up similar numbers to last year, at least yardage wise. And lest you think Gabe's showboating with his flexing, "Wild One" tattoo-bearing TD celebrations...know that he's actually honoring his late father, Ron—a former All-American at (gasp) Idaho, and bearer of the original "Wild One" nickname. The more you know™.

Along with his regular summer training, Linehan will be playing the lead role in an off-Broadway play. Crazy kid. 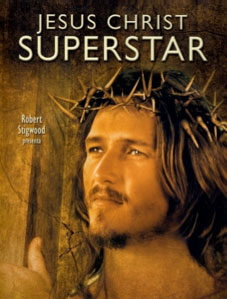