Drew is on vacation. I am playing Andy Richter to his Conan O'Brien, or to use a more fitting sports comparison, I am playing Kyle Brandt to Drew's Jim Rome. Join me after the jump as we break down Day 61 until kickoff: Joe Kellog.

How'd He Get To The Blue?

Kellog started at the guard position on the offensive line as a junior and senior in high school. During high school his team had back to back state championship appearances. As a Junior Kellog received numerous city, conference and state awards for his play, and as a senior Kellog was voted first team all 4A-1 Desert Sky region and first team all state. Kellog's only offer was from Boise State. 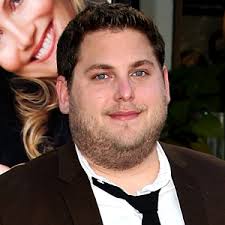 Kellog has been part of an experienced Bronco offensive line that kept Kellen Moore's uniform clean and opened holes for Doug Martin for the past two years. Kellog has been a two year starter and saw the field quite a bit as a freshman. Kellog started 11 games a a junior and 10 as a sophomore. The games he didn't start were due to injury.

Kellog is the most experienced returning starter along the Broncos offensive line. Kellog has been playing along side Thomas Byrd and Nate Potter the last few years. Kellog has been in some big games in his Bronco career and is a guy who has been there and done that. The tackle position is still up for grabs, which means that Kellog's experience and grit will be key in nurturing who ever plays next to him. Top to bottom we have some good experience that will make its way to the starting lineup. We also have some young guns who have had small bites of the game day feast, and are poised to take one of the starting tackle positions. Having Kellog on the line will be huge for a team replacing the best quarterback in school history and hoping to lean on its running game till the starting quarterback can get his rhythm. I expect big things out of Joe Kellog this year, and I also expect our offensive line to carry the flag this year despite the departure of Nate Potter and Thomas Byrd.

Completely Made Up Fact:

Joe is secretly obsessed with the movie Houseguest. His only complaint is that the directors did not color Sinbad's hair orange. Which in itself could also be grounds for another celebrity look alike..... I am not going to attempt that, I am no good at photoshop.