We've got 63 days until kickoff...so today we'll be taking a look at #63 on the Boise State roster—Adam Sheffield 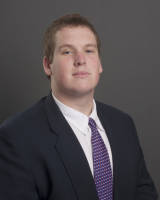 You're never supposed to trust a skinny chef. This goes double for Sheff. 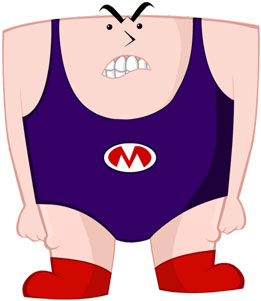 Named team captain as a junior and senior at Branham. First team all-conference as a senior—2nd team as a junior.

Last year I concluded that the 300 lb. Sheffield would actually lose weight before seeing the field. I was wrong. Sheffield was actually one of the biggest gainers of the offseason and is even more...um...robust this year, coming in at a healthy 323. All this weight gain to me, really only says one thing, they're moving Sheffield to cornerback he's a guard's guard. As much as the O-line is shuffled, it's not uncommon to see the guards play tackle, the guards play center, or vice versa. This is not happening for Sheffield, he's going to be a guard...put money on it. Sure, we've had 300+ lb. guys play tackle, but those guys were 6'6"...Sheffield has the natural, compact build to be a killer guard—as the guards primary duty is to get in the way of the guys on defense that are built just like them. Just where Sheffield fits on the depth chart is a mystery, however. It's a safe bet that Joe Kellogg and Jake Broyles will be your week one starters at left and right guard, respectively...and I've already concluded that Spencer Gerke and Brenel Myers are the likely twos. Could two redshirts round out the 3 deep, in the form of Marcus Henry and Adam Sheffield? I'd say so. Both are big, strong recruits who look destined for future starting jobs—I think this is a good year to slowly work them into the rotation. If pressed, I'd say Henry has the better shot to potentially push into the 2-deep this year than Sheffield, but I'm basing that more on a hunch than anything. Since Myers and Kellogg will be gone in 2013, Sheffield will have ample opportunity to move more into the limelight as a sophomore and beyond. You'll see him this year still, you just won't notice as much.

If you took Chris Potter and Michael Frisina and stacked them on top of each other, they'd be nearly 4 feet taller than Sheffield...and 5 lbs. lighter.