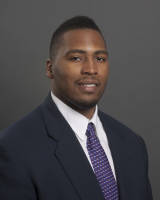 Because defenders trying to get past Brenel find themselves in hopeless quagmires. Wow, that was a stretch. 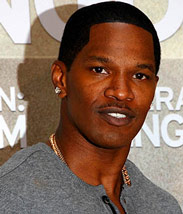 He has the partial smile of a young Jamie Foxx.

Started two games in 2009 for the Broncos—against UC Davis and against TCU in the 2010 Fiesta Bowl. Made 11 game appearances in 2010, with 2 starts coming against Virginia Tech in the opener and against Wyoming. Appeared in 8 games in 2011.

Outside of Vandal losses and bad Adam Sandler movies, few things in life are predictable. Of those things, the Bronco O-line has proven nigh impossible to predict. You think a guy is solid at guard and he's moved to tackle...you think a guy's entrenched at tackle and he moves to guard—these are just the things we've become accustomed to. Boise State recruits athletic, versatile O-lineman, so it's really not too surprising when they play musical chairs with the line-up, experiment, promote and demote. Two great examples of this predictable unpredictability are Michael Ames and Brenel Myers. Both burst on the scene as freshman and both looked like they'd have their relative positions on the O-line fairly locked down for the next 3 years. Clearly, this was not the case, or you wouldn't have just read this protracted intro paragraph. Myers and Ames have continued to contribute, but in ways that none of us expected.

Myers, now a senior, was at one point—at least by yours truly—expected to be a 3-year starter at tackle. He was memorably thrown into his first start against #4 TCU in the 2009 Fiesta Bowl, where he was tasked with containing All-American defensive end Jerry Hughes. He did so quite well...well enough that it seemed safe to assume that he'd be "the guy" for the remainder of his time in Boise. Well, just like Ames—who started the 2009 home opener against Oregon—Myers seemed to fade back into relative anonymity. He made 11 game appearances as a sophomore, but had just two starts, and last year saw action in just 8 games—with no starts. Now, I'm not saying that Myers regressed or anything...I just think that the emergence of Charles Leno at right tackle and the incumbency of Nate Potter at left tackle forced the staff to move him to the interior O-line where other players like Joe Kellogg and Jake Broyles were continuing (or starting) to really shine. So, really it's not anything that Myers did, it's just the way the stars aligned. Would he have gotten that start against TCU in the Fiesta if Garrett Pendergast hadn't been injured? Probably not. It was the fact that he played so well in that role that made me think he might be a 3 year starter...and honestly, he could have been and the offense wouldn't have skipped a beat. It all boils down to this: the Broncos have an amazing offensive line...the 2 deep could be starters (and likely would be at neighbor institutions). Myers has been a solid starter and backup for the Broncos and we're mighty glad to have him for one more year. My guess is he'll be a close backup to RG Jake Broyles in this, his final season on The Blue™.

How did Myers arrive at this year's half-smile look in his bio picture? Well, it's taken 3 years to perfect, but it's simple math, really: