We're 35 days closer to East Lansing than we were at the beginning of the countdown. If you've read them all, give yourself a hearty pat on the back.

We've got 65 days until kickoff...so today we'll be taking a look at #65 on the Boise State roster—Matt Paradis 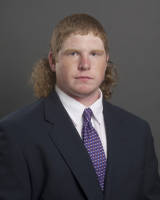 Matt Paradis was to Council High School what Shea McClellin was to Marsing High—a dominant force that made the opposition look silly. Paradis may have played at the 1A level, but his production was impressive nonetheless. Matt registered 186 tackles and 17 sacks over his junior and senior seasons and was named the 1A Idaho Player of the Year in 2008. He made an appearance on the all-state team as a sophomore and junior as well. Unsurprisingly, given the talent in Boise State's backyard that often goes unnoticed, Paradis was not offered any scholarships after his senior year at Council High, but his impressive play was enough for the Broncos to extend him an invited walk-on offer. Paradis accepted, obviously, and finally earned his scholarship last August. 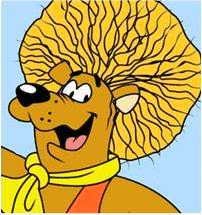 First-team all-state defensive line as a sophomore. First team all-state on offense and defense as a junior. 1A Idaho High School Player of the Year as a senior. Boise State Defensive Scout Team Player of the Year in 2009. Saw action in one game (Toledo) on the Bronco O-line. Made 8 game appearances at center in 2011, including one start against Tulsa.

At one point, it seemed that Paradis was bound for walk-on stardom on the D-line. I know that I definitely subscribed to that theory (as well as a subscription to Cat Fancy...don't judge)...he'd been the Scout Team Defensive Player of the Year as a frosh and had been dominant at Council on a McClellin-like level. But, the O-line experiment from his redshirt freshman campaign has obviously turned into a full-time job for Paradis, and this year, we might be hailing the move as "genius". 4 year incumbent Thomas Byrd has graduated and the center position is one area on the line that will christen a new starter—Paradis could well be that starter. You may remember that Thomas Byrd's old knees saw their share of struggle last season, which luckily for Paradis (and unluckily for Byrd) meant more reps for him at the position. With Cory Yriarte back for a 6th year of eligibility, I might be tempted to pencil him in as our starting center this year...but I think that Paradis is fully capable of giving Yriarte—also a sufferer of old man knee (patellus geriatricus)—a real test this Fall. I think Paradis will add quality depth at both guard and center and definitely can grab the reins at the center position with a strong camp. Either way, I think he'll see the field quite a bit this year and should have the center position on lock next year...Yriarte won't be getting a 7th year of eligibility granted...he's not Joel Thomas after all.

By looking at Matt's bio picture, you might think that he's grown an inexplicable afro-mullet...this is not the case. Freshman Matt Paradis found a way to time travel and is crouching behind Junior Paradis in his official roster photo.