I'd like Sundays more if they weren't Monday eve. Hope you enjoyed the brief weekend.

We've got 67 days until kickoff...so today we'll be taking a look at number 67 on the Boise State roster—Rees Odhiambo 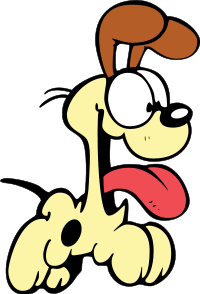 Super-sized Jeremy Avery with a touch of Seal

Not many high school O-line recruits are already at D-1 playing size, but Odhiambo certainly fits that bill. He's currently at 298...only a 2 lb. bump from where he was as a true frosh. That is a massive young man, just so you know. The only issue facing Odhiambo at this point is his relative lack of experience—something I think the coaching staff will have rectified during his redshirt season. I think that guard is where Odhiambo would ideally fit in best...but we're a bit more "blessed" in that department than at tackle currently, and big Rees played a whole lot of left tackle this Spring and is fully capable of giving Faraji Wright a run for his money this Fall. If Odhiambo is as much of a gym rat as I've heard, I certainly wouldn't put it past him to take a run at the recently-vacated spot. Wright still has the edge, given his experience, but Odhiambo could be a future star at guard or tackle—his current grooming would indicate the latter. If he can seize the reins and start as a redshirt, it would be quite a feat, given that this would really only be Odhiambo's 4th full year of American football.

Many Kenyan long distance runners choose to run barefoot, as they feel it gives them an advantage (other than just being Kenyan). As a nod to his heritage, Rees will be playing tackle this year sans shoes.