It's summer time and a beautiful day outside...so naturally, I'm inside writing a countdown for you all. See the sacrifices I make?

We've got 68 days until kickoff...so today we'll be taking a look at number 68 on the Boise State roster—David Cushing

Cushing walked on the Bronco squad after a nice little career as a Vallivue Falcon. Cushing earned two varsity letters at Vallivue and was named first team all-conference as a senior D-lineman after recording 75 tackles and 11 sacks. Cushing was also voted to the Idaho Press-Tribune all-league team and played in the Idaho Shrine game his senior year. As a junior, he was second team All-conference after racking up 53 tackles and 3 sacks. Beside his gridiron talents, Cushing also excelled on the diamond—earning 3 varsity letters in baseball. 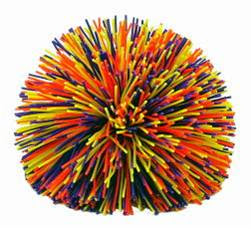 Spots on the first and second team All-SIC squads as a senior and junior, respectively. Second in voting as a senior for SIC Defensive Player of the Year. Played in 2 games for the Broncos in 2011 (UNLV and New Mexico)—registering one tackle.

Somehow I had Cushing listed as a redshirt freshman last year—no one corrected me. Whether Broncosports had it wrong (my theory) or I just lapsed, I'll never know...but the fact that no one said otherwise shows you just how under-the-radar Cushing really is at the DT position. I mean, when you try to rattle off the interior D-line rotation, is senior-to-be Cushing's name uttered before any of the redshirt freshman (Robert Ash, Jeff Worthy)? Probably not...but that's okay. No one is giving short shrift to the walk-on from Caldwell—he really has been off the map, and is not currently playing under scholarship for the Broncos. Whatever Cushing's chances are this year, this last fact makes me root for him even harder. His schooling is not being covered by a football scholarship, he's made 2 game appearances in two years with one tackle to his credit—but he's still plugging away, working out his last bits of football glory and football camaraderie. This is commendable, and even kind of inspiring. How many of us have dreamt about walking on the Bronco squad then suddenly remembering that our eligibility ran out before Jared Zabransky's? It's a good dream to have and Cushing is making a go of it.

I have absolutely no idea where he fits into the depth chart, currently—my guess would be somewhere near the bottom, but he put up strong numbers in Spring testing (510 in the back squat) and I'm sure is determined to get the most out of his senior season...even if it doesn't come with the coveted scholarship. The only space I really see for Cushing is in the 3rd tier at best—but that can, and often does change in Camp. Here's the D-line standings as I currently see them 1A) MIchael Atkinson 1B) Ricky Tjong-A-Tjoe 2A) Greg Grimes 2B) Jeff Worthy 3A) Robert Ash 3B) Cushing OR Elliot Hoyte. Now, I could be wrong about this entirely...Hoyte could redshirt and Cushing could jump a redshirt...it's not likely, but it could happen. Part of me is kind of hoping it does. Either way, the Broncos need guys like Cushing on the squad and I'm glad he's there for the depth and the experience.

David's great-uncle is British character actor Peter Cushing, who you may remember from his role as Grand Moff Tarkin in Star Wars. I think you'd agree that the resemblance is uncanny. 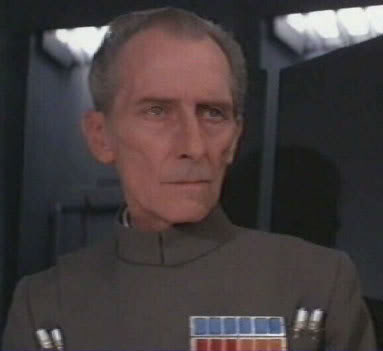