We're into the 60s now and closing in on just two-months out from the opener in East Lansing. Forget your troubles, come on, get happy!

We've got 69 days until kickoff...so today we'll be taking a look at number 69 on the Boise State roster—Tyler Horn

When the Broncos want a local standout...they get the local standout. Such was the case with Tyler Horn, the big defensive end that terrorized the SIC for Meridian's Mountain View High School. The 6'4" Horn was honorable mention all-state and All-SIC as a junior, but landed on the first-team for both as a senior. His statlines are none too shabby over that two-year span...95 tackles, 25 sacks, 5 forced fumbles, and 3 pass deflections. In Horn's senior year alone, his tackles-for-loss added up to more than 100 yards of lost yardage for his opponents. Rivals.com had Horn pegged as the #2 DE prospect in the state for the 2010 class (still no idea who was ranked higher), but as far as I know, Boise State was the only school to offer. 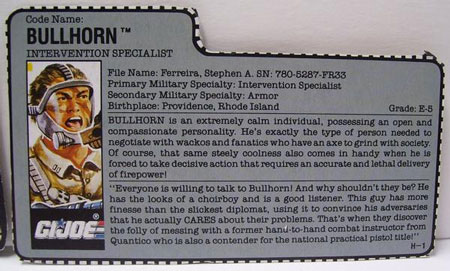 Note: Tyler Horn will not negotiate with wackos. 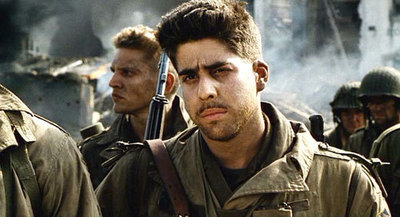 I toldja so. It seemed pretty clear to me last year that Horn would not be following up his grayshirt with a redshirt...and he proved me right immediately as he saw action in the Georgia opener and then peppered playing time throughout the remainder of the season. Horn looked good for a technical true frosh, and I suspect he'll look even better this year when he gets more of a starring role on the Bronco D. Tyrone Crawford and Shea McClellin are gone, so it doesn't take a mathemagician to work out that Horn moves up a rung on the depth chart this year by default—now the question remains whether he'll be in the first rotation or the second. Horn is up nearly 20 lbs. since last year, so he'll be a bit more for offensive tackles to handle every down this year and I think he may have enough motor to lock down a starting spot at DE this year, and I assume he'll line up opposite Demarcus Lawrence. No telling if his number one competitor for the job this Fall will be Darren Koontz, a converted tackle, or Beau Martin...a highly-praised walk-on...but I suspect those are the two that will push him (and Lawrence) the most when camp opens. If I had to throw out a game 1 depth chart guess, I'd say the "ones" would be Lawrence and Horn, and the "twos" would be Koontz and Martin. Of course, with the way Coach Kwiatkowski rotates the ends, they're all going to play a lot...and may play as many as six from game to game (Kharyee Marshall, Samuel Ukwuachu, or "to be determined"). Horn seems to have a disdain for quarterbacks and I think his sack total goes up to at least 5 this year—his tackle numbers also ticking up into the 20–25 range. Reallly hoping that Horn becomes the next great local D-lineman for the Broncos. That's a legacy that needs to continue.

Still more Horn family relatives are coming out of the woodwork after exhaustive culling of the Horn family tree. Among them: second cousin Butter (Danish), great-uncle Flügel, Southern cousin Leg, and great-grandfather Carr.