Why Mark May deserves to be Bronco Nation's Public Enemy No. 1 [UPDATED w/ poll]

Share All sharing options for: Why Mark May deserves to be Bronco Nation's Public Enemy No. 1 [UPDATED w/ poll] 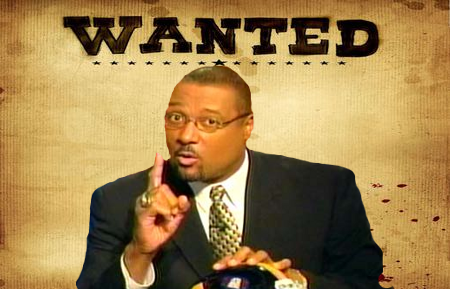 Note: I forgot to add a poll to this post because I'm a moron. The poll is now up. Vote away.

Time to name the next Public Enemy No. 1. I say we name him "nubbie." Mark May's case is heard today.

Few human beings inspire the passionate distaste and the throw-up-in-your-mouth-a-little feeling as ESPN anchortroll Mark May. Boise State fans know what I mean. May's career as an ESPN analysis shouter has included a pathological obsession with discrediting anything and everything the Broncos do. Undefeated seasons. Where's the body of work? Beating Oregon two out of two times. Yeah, but you only beat Utah State by four TDs? Winning all the time. Hurr durr?

A common excuse for May's belligerence is that his hot-air blowing is simply an act. He is playing the role of antagonist on the weekly soap opera of ESPN College Scoreboard (Lou Holtz plays comedic relief). I'd like to believe that. But it seems to me that, even if May's shtick began as a production, it has since become a lifestyle. He genuinely does not like the Broncos, nearest I can tell. Too much repetition in the same role can cause folks to take on the characteristics of their fake alter egos. Christian Bale answers his cell phone as Batman. David Schwimmer only dates girls named Rachel. Mark May brings up Boise State's strength of schedule in everyday conversation.

Choosing May as Bronco Nation's Public Enemy No. 1 would be an easy choice.

He certainly deserves it - as he has for the past three years. He will work hard to justify it, just as soon as he can throw together a preseason rant about Joe Southwick for College Football Live. Giving May a repeat-repeat Public Enemy award would be the easy thing to do, and when we look back on the verbal carnage he will have wrought by season's end, it will probably be the right thing. Let me know what you think in the comments and in the poll.