71 is the atomic number of the lanthanide lutetium. Today's countdown features O-lineman Greg Dohmen. The connection is fairly obvious.

We've got 71 days until kickoff...so today we'll be taking a look at number 71 on the Boise State roster—Greg Dohmen

Dohmen walked on last season after a solid career at Red Bluff. Dohmen won four varsity letters with the Spartans and was an all-conference selection as a senior after posting 18 tackles, a sack, and a fumble recovery. 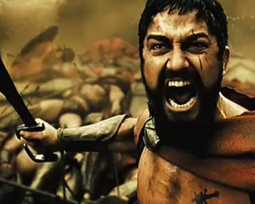 Dohmen grew an inch and gained nearly 25 lbs. since last season, so that's the good news. However, he did not make any game appearances last season, and it takes a complex mathematical algorithm to determine exactly how he sees the field this year either...that's the bad news. I'm not saying that Dohmen is incapable of cracking the depth chart...I just don't see much room for him there this year. Of course, I don't want to be on record as counting out a Bronco walk-on, so I'll just say this: Dohmen needs to have an extraordinary Fall camp to move into a playing role this year. The most pie-in-the-sky prediction I could make would still have him currently at 3rd on the depth chart at left or right guard. These things have been known to change...but without some injuries or attrition I still think Dohmen has a tough sled ahead of him until next year, when some more vacancies will open along the line. At the very least, Dohmen will add some solid depth to our already strong O-line in 2012 and with proper grooming, I think his beard could reach Jon Gott levels of awesomeness.

Dohmen has gained 23 lbs. since last season, but it's mostly beard weight.