Why the BCS commissioners deserve to be Bronco Nation's Public Enemy No. 1

Share All sharing options for: Why the BCS commissioners deserve to be Bronco Nation's Public Enemy No. 1 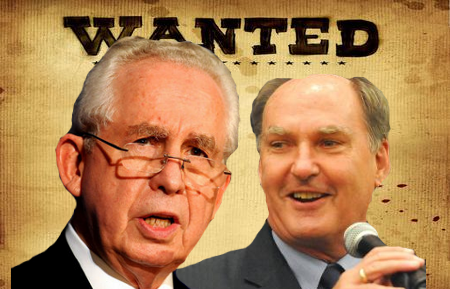 Time to name the next Public Enemy No. 1. I say we name him "nubbie." The BCS commissioners' case is heard today.

College football's powers-that-be finally saw the writing on the wall, written in neon block letters visible from the moon, that the BCS mythical national championship was a joke and that a college football playoff was the sport's Manifest Destiny. Now, we will all see a playoff in our lifetime. It just may not be the playoff we wanted.

The details about 2014's postseason remain up in the air, and if there were ever a group of men capable of taking a good idea like a playoff and turning it into a series of regrettable decisions, it would be the group of BCS commissioners. These men earn a Public Enemy nomination not for their noble decision to do away with the BCS but rather for their innate ability to screw things up. A playoff format with three semifinal games? They considered it. A committee to choose who gets the coveted playoff spots? That could still very well happen.

Where this topic really hits home for Boise State fans is that the slow crawl toward a playoff has resulted in a playoff field that still marginalizes outsiders. Sure, the Broncos are in the Big East, but a lot of good that does you if there are four undefeated teams from the SEC, Big 12, Pac 12, and Big Ten. A four-team playoff simply isn't enough when you have 120 teams playing the same classification of FBS football and four or more stand a pretty good shot of going undefeated.

We shall hope and pray for bracket creep. We shall hope and pray that Jim Delany and Mike Slive don't get in a shouting match and the four-team playoff turns into a mini SEC-Big Ten invitational. But for the time being we shall vote these poor, archaic BCS commissioners as Public Enemy No. 1 because seriously things could get pretty bad and pretty weird when this is all said and done.