I hope everyone's weekend went swimmingly...now let's dive back into the countdown. Can you tell I want to go swimming?

We've got 73 days until kickoff, but that roster spot was recently vacated by Nate Potter, so today I'll highlight a player who could don the #73 jersey in the near future—Archie Lewis

Late...but we won't hold that against him. Lewis was a standout offensive tackle and sometimes tight end at Rancho Cucamonga where he garnered 2nd team All-Baseline League honors as a senior. He was all set to sign with New Mexico State until the scholarship offer fell through. Lewis visited the Boise State campus a couple of weeks after LOI day and was offered a grayshirt scholly—he happily accepted and is set to join the team in February. 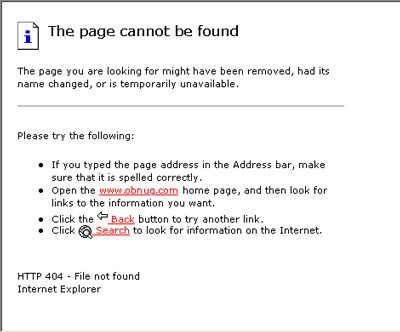 Why oh why did I use Explorer?! Actually, you can see what big Arch really looks like in the interview below...but that wasn't as good of a gag.

Archie was a late addition to the Broncos' 2012 class—making his pledge on Leap Day (February 29th) instead of LOI day, so he missed some of the fanfare associated with the rest of his class. In fact, I'd completely forgotten that we added Lewis until a few weeks ago, but that certainly doesn't mean that he's a forgettable recruit—I think he can and will be a very good prospect at tackle for the Broncos after his requisite O-lineman redshirt year, which will likely come on the heels of his grayshirt season...which is now. The player that Lewis will most remind Bronco fans of, in my opinion, is Charles Leno. Both have very similar frames and both had enough raw athleticism to play on the line and at the tight end position in high school. I'm not certified in human physiology or anything, but in the above video, it appears to me that Lewis also has long arms...another thing coaches and scouts look for at the tackle position. This observation is easy to back up, given that his coach said as much back in February:

"He’s got a ton of upside," Rancho Cucamonga coach Nick Baiz said. "I think he’s not done growing yet. He’s got enormous feet and hands and arm length. I think he’s going to be a big kid when he’s all done."

So good athleticism (good feet) and long arms usually equate to a pretty solid offensive tackle in the Broncos' scheme—now all Archie needs is to pack on a few lbs and study up. There'll be a tackle position open in 2013 and 2014...so whether which one will have Archie's name on it depends greatly on how much progress he can make in the next 6 months. With O-lineman, a redshirt is always a safe bet, but if he comes in in February in amazing shape, there might be a push for early PT given that Faraji Wright will be gonzo after this season.