Happy Father's Day to all the dad's out there—especially Cory Yriarte's dad, I suppose.

We've got 74 days until kickoff...so today we'll be taking a look at number 74 on the Boise State roster—Cory Yriarte

Yriarte was actually one of the bigger "gets" for the Broncos in the class of 2007 when they snagged him from Cali's Oaks Christian High School. Now, Cory wasn't the highest profile player to come out of Oaks Christian that year...that honor went to QB Jimmy Clausen, but Clausen's productivity was the direct result of outstanding line play, and Cory was a major reason for that in his one season at OCHS. As a senior, Yriarte was named Velocity/Prep Star All-Region and named to the Ventura County Star All-Ventura County Team and Los Angeles Daily News All-Area Team. Cory also garnered All-CIF honors, all Tri-Valley League honors and all-state second-team recognition as well as being named the Coaches' Association Ventura County Offensive Lineman of Year. All the exposure and praise failed to net any "huge" offers for Yriarte, unless of course, you count the one from Boise State. He was also offered by Colorado State and San Diego State.

I believe Yriarte has been with the program since the Carter administration. 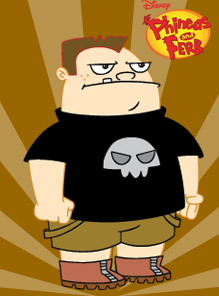 If you don't have kids, please disregard.

Yriarte is the most seasoned of the Bronco O-lineman going into 2012, even if he hasn't technically been on the field as much as some of the others. Yriarte, like running back DJ Harper was granted a sixth year of eligibility by the suddenly-benevolent NCAA based on their medical hardship rule. Yriarte missed the entire 2009 and 2010 seasons with a bum knee, but came back strong last year...gaining 8 starts at center in relief of Thomas Byrd who also had geriatric knees. It was a welcome sight to see Yriarte back on the Blue and I'm ecstatic that we'll get him for one more year since replacing Thomas Byrd's experience was going to be a tall order without Cory getting the thumbs up from the NCAA. Yriarte should be penciled in as our week one starter at center and frankly, it's okay if you want to use a pen. As long as his knee(s) can handle the strain—and after last year, nothing suggests they can't—he should be a near lock to call the shots from the center of the O-line. Now that we've got the center position highlighted, I think it's time to reiterate my week one depth chart prediction for the entire unit. Here goes: LT—Faraji Wright, LG—Joe Kellogg, C—Cory Yriarte, RG—Jake Broyles, RT—Charles Leno. You'll obviously see many more guys get in the mix, and the coaching staff will experiment a bit, but based on past performance and experience, I'd say this is a fairly safe bet. The only kink in that plan would be player regression or player injury...and both could certainly happen this Fall—ask Yriarte about the latter and you could get an earful.

Yriarte's knee finally held up in 2011 due to a radical new procedure that replaces the patellar tendon with your grandma's fruitcake. That stuff is indestructible.