Palindrome day! Reward yourself with a new pocket protector.

We've got 77 days until kickoff ... so today we'll be taking a look at number 77 on the Bronco roster—Spencer Gerke

Before Capital High became the Broncos hot new local recruiting bed, Bishop Kelly was the main provider of scholarship players and walk-ons for the Broncos. At Bishop Kelly, Gerke was a stud on both sides of the ball, named all-state as an offensive lineman and defensive lineman his senior year. He was also named All-SIC from both sides of the line-of-scrimmage as well. Gerke's only offer came from the Broncos and he signed with the class of 2008, then grayshirted.

I like this one too much to let it go. Plus, I've heard that Gerke likes to mess with Sasquatch. 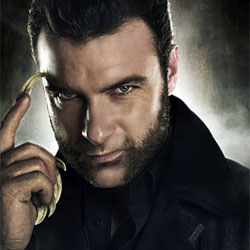 Ranked as the 63rd best player on 2008's Northwest 100. First team all-state on offense and defense as a senior at Bishop Kelly (made 69 tackles, seven pass breakups, two sacks and an interception on defense). Named team captain his senior year. Played in three games for the Broncos in 2010. Played in all 13 games for the Broncos in 2011 including starts against Toledo and Colorado State.

Gerke's experience and versatility will really come in handy this year as the Broncos will no doubt reshuffle the line to account for the departures of Nate Potter and Thomas Byrd. Gerke played extensively in 2011 and filled in ably for Joe Kellogg when he was sidelined with an injury. Gerke, in my opinion, could easily play either guard position or even hold down the fort at center in a pinch. My guess is that he'll hover around the left guard position this year and get more starts under his belt as the year progresses. If you held my feet to the flame and forced me to name game one starters at guard, I'd say that Joe Kellogg would start at LG with Gerke right behind. Then, on the right side, I think that Jake Broyles recaptures his starting job after losing most of last season to injury and is primarily backed up by Brenel Myers. The freshmen coming off redshirt years (Marcus Henry, Adam Sheffield and Rees Odhiambo) will clearly factor in to the depth chart as well, but it's unclear exactly where just yet. For what it's worth, I think that Cory Yriarte and Matt Paradis will be the leading contenders for the center spot, so Gerke probably won't need to slide out of his comfort zone at guard. Probably the biggest compliment that I could give any of our O-lineman is that we largely didn't notice when they were in the games...this is to say that there's really no discernible dropoff between "ones" or "twos" on the O-line and frankly, we rarely even notice if they're playing "out of position". I'm sure Gerke will continue to play wherever he's needed and do a fine job of it. The O-line is one unit on the team that I have absolutely no concerns about in 2012.

Gerke was the top performer in Spring testing for O-lineman. Unfortunately, the only thing they test the lineman for in the Spring is who can fit the most Milk Duds in their mouth. And...not to brag...but my personal record is 57.