We're on our last day of the 80s, people! The remaining days are dwindling like my tolerance for Justin Bieber.

We've got 80 days until kickoff, but that number has yet to be assigned on the Bronco roster. Someone that might don the #80 jersey this year is Shane Williams-Rhodes 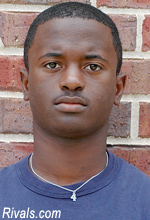 By being good at the football. Rhodes may not look it...but he was a terror on the gridiron for his Klein-Collins squad. Rhodes was named first team all-district last season as a wide receiver and kick returner and was named team MVP (and captain) after accounting for 1,384 yards of offense and 19 TDs. As a junior, Rhodes was named the district's offensive MVP and to the all-district first team as well after rushing for 640 yards and 11 TDs and hauling in 43 passes for 877 yards and 9 more scores. Rated a 3-star recruit by Scout.com, Rhodes chose the Broncos over an offer from Kansas State, who I assume told him he could be the "next Darren Sproles". Boise State told him he'd get to be the "first Shane Rhodes" 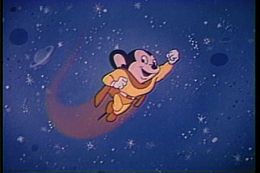 Stature-wise, Rhodes is far from the biggest recruit in the class of 2012, but he may be the biggest "get" of the class in other ways. Williams-Rhodes is, to put it simply, one of the biggest playmakers that the Broncos have recruited in some time, and hopefully, his diminutive stature will mask that fact for Boise State opponents so as to catch them unawares when he's unleashed—which honestly, I could see happening as early as this Fall. Rhodes (I'm dispensing with the hyphenated surname at this point) might just be too valuable in too many facets of the game for the Broncos to waste a redshirt on him...he could be a deadly kick- or punt-returner, running back or wideout the minute he sets foot on campus. I know that true freshman playing time is never a "lock" or a given, but of all the incoming frosh outside of maybe Jack Fields—Rhodes is the one I can most see playing right away. We lost an awesome multi-tool back when Doug Martin graduated...a guy who could be deadly in the running game, return game and passing attack—before that we had to let go of Titus Young. Rhodes possesses similar versatility to the aforementioned, but in a more compact (some might say Jeremy Avery-like) package. I won't try to speculate at this point on yards or scoring opportunities for Rhodes in 2012, but I think that he'll most definitely get a hard look from the staff to see where his considerable talents could best help our somewhat depth-damaged squad. Take a look below at some of Shane's senior highlights—maybe I should've nicknamed him "pinball wizard".

Rhodes gets his explosive energy from a combination of Red Bull, 5-hour Energy Drinks, Pixie Sticks and a handful of Pop Rocks. He calls the concoction "disgusting"