The countdown rolls on today and after a one day hiatus from the D-line, we're back on it.

We've got 93 days until kickoff...so today we'll be taking a look at #93 on the Bronco roster—Justin Jungblut

Jungblut tore things up in a big way at Saguaro High school, helping lead his team to 3 straight State Championships. As a senior, Jungblut was named first team all-state, all-conference and all-defensive line after racking up 72 tackles (23 for loss) and 12 sacks. The four-year letter winner was named the 116th best defensive end in the nation heading into a recruiting season that saw him offered by Air Force, Oregon State, UNLV, Utah, Wyoming, and Idaho. Jungblut picked the Broncos in July of 2008 and remained firm on his commitment.

This one has to stay...I mean, it's literally what his last name means in German. Plus, it's a comic book by a much-maligned artist. 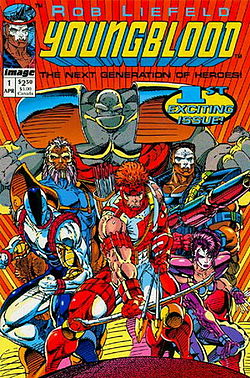 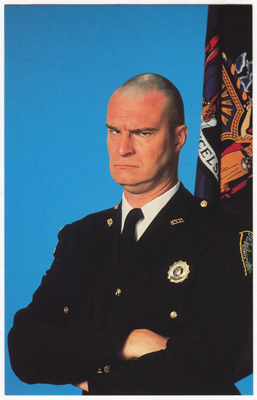 Meh. I've decided that this category is unsustainable. It's just too close to the completely made up fact (see below). Again, if anyone has suggestions for a new category, I'm all ears. Otherwise, I wouldn't mind this one fading away.

The Broncos' 2009 recruiting class featured two highly-rated defensive end prospects from the state of Arizona—Justin Jungblut and Kharyee Marshall. After redshirting, it became clear that the duo would not both be staying at end—Jungblut slid into a DT spot and Marshall looked like he'd have an immediate impact at DE. Both players were brought around slowly in 2010, making several game appearances with a handful of tackles between them (Marshall had 5 with a TFL and sack...Jungblut was credited with 2 assisted stops). Therefore, many (myself included) thought that 2011 would be the breakout season for the Arizona duo. I was wrong.

Last season, Marshall and Jungblut played in 7 games, combined, and neither logged a single stat for the season. Of course, Marshall did battle an injury in the latter part of the season...but what happened beyond that to make the tandem all but disappear from the depth charts? Well, if you ask me, it wasn't much of anything of their doing—the Broncos have just been that stacked on the D-line the last few seasons. When 3 of the graduated front-4 are drafted and the other is in an NFL camp, it stands to reason that there just aren't as many minutes to go around. This was compounded for Junglbut given that the 2nd level at DT was also stacked with Michael Atkinson and Ricky Tjong-A-Tjoe. This year, things are different. There are gaping holes to fill at both tackle and end spots and Jungblut should certainly factor in in the race to fill one, alongside, presumably, Greg Grimes. Depth and experience will be key for the Broncos on the D-line in 2012—and Jungblut provides both. I hope to see him make a real push in Fall.

Justin Jungblut is a distant relative of Jürgen Jungblut, a German scientist who discovered Flubber in 1961, then discovered the remake in 1997.