Is Boise State's secret spring football good for the program and its fans?

Share All sharing options for: Is Boise State's secret spring football good for the program and its fans?

The theme of Boise State spring football practice, in many ways, has been privacy. The Broncos have jealously guarded any and all details concerning the four-way quarterback competition to replace Kellen Moore. Practice reports in general have read like blank mad libs. And the team held a private scrimmage, which it will deny ever took place if anyone asks. Fans can get a look at the team at the spring game on April 14. Tickets are $7.00. Plays will consist of runs between the tackles and kickoff practice.

The Broncos have made no qualms about their concerted effort to keep information at a minimum this spring. But did they consider the consequences? Is all this secrecy in the best interest of the program and its fans?

I'm a fan. I pay BAA fees. I deserve to know what Grant Hedrick had for breakfast.

There is a segment of Bronco Nation, possibly a large segment or possibly just me and Nick, that feels Boise State could improve by leaps and bounds in its fan relations. Holding spring practice in a shroud is not changing those perceptions.

Boise State is in an enviable position; it has hundreds of thousands of fans interested in its football team. And yet with the most important spring practice in four years currently under way, the Broncos have chosen not to share any of it with their adoring public. We're not monsters. We're fathers and mothers, sons and daughters, Bronco Shop shoppers and Dairy Queen patrons, and all we want is to feel like we belong somewhere in the universe of the Boise State football program. It's no fun being sold out to support a team and yet left on the outside looking in. 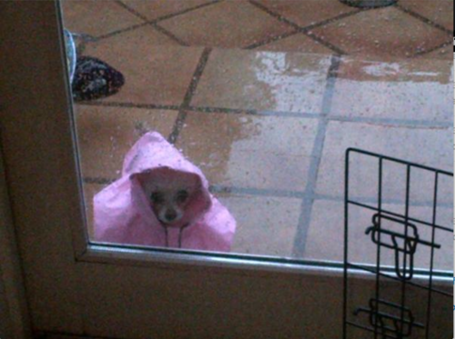 We want to be wanted. Is that such a bad thing?

For those of us who can see past the adoring fanboy (and fangirl) parts of our brains to the bigger picture, the decision to close off practice makes sense. This quarterback race could define the Boise State program for the next decade, and the participants are only teenagers and twentysomething college kids. We fans may not be monsters, but some of us are bloggers with the dangerous cocktail of free time and Photoshop. Things could get weird.

And keep in mind that the Broncos aren't shutting out fans completely. Not all players have been off limits (Drew Wright bios, y'all!), and there is a spring game. That's more than can be said for schools like TCU. The Broncos have weaned us off the culture of entitlement and open practices to the point that this spring isn't really any different than the last. And as long as the wins keep coming in September, October, and November, Coach Pete and crew should be able to do whatever they want in March and April.

How do you feel about Boise State's approach to spring information? Which side do you fall on? Share your thoughts in the comments.