Kellen Moore's storied NCAA career is at an end (story illustrated by Maurice Sendak) and his NFL draft future is uncertain, so I thought we'd be remiss to not at least attempt to analyze Kellen's potential in "the league". Guys that matter (Toddy McShay, Tony Pauline, Wes Bunting) seem to (mostly) like what Kellen Moore has to offer (anticipation, accuracy, awareness) while a few hacks writers at Bleacher Report loudly proclaimed Moore to be undraftable. So which "analysts" are right about Moore? The guys paid to do this for a living, or the guys that fulfilled two of the 3 requirements to write for B/R (working keyboard, internet connection, ability to make slideshows)? And what of Kellen's NFL future? Will he be a great backup, a future starter, or a Canadian hero? I'm too emotionally invested in Kellen Moore to start this roundtable as I took each Senior Bowl jab at KM personally. What are your thoughts on the matter? First person to mention Kellen's height gets a knuckle sandwich!

Kevan: I think I saw (read?) that Bleacher Report slideshow: Ten Ways Kellen Moore is Like Danny DeVito." I got halfway through, started getting accosted for not providing an email address, then left. 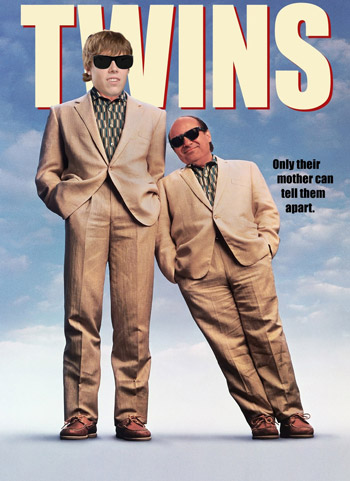 The Kellen Moore - NFL debate is one that I have had in my head for quite some time now. I've been afraid to have it out loud for fear of my brain saying something my heart resents. Like this: I don't know if Moore will make a good pro quarterback or not. Stupid brain! Shut-y!
I do know this: Kellen Moore will be on an NFL roster in minicamp. That's not saying much, considering Tommy "Touchdown" Brandstater was on an NFL roster, but still. Moore will get his shot at the next level. If the debate is whether or not he'll get drafted, it's hard to say. I understand the logic in saying that all it takes is one team to like him and that team will draft him. But the thing is that a team isn't going to draft a player once that team gets wind that no one else is going to draft the player. That's why rookie free agents exist. At this point in the roundtable, I'll say Moore will be drafted in the sixth or seventh round AUUGH MY BRAIN TYPED THAT LAST SENTENCE. HEART SAYS NO. 1 OVERALL!

Drew: The "Kellen Moore is undraftable" camp seem to be overly hung up on what Kiper types like to refer to as "measurables"...which, in my humble opinion, is exactly what is wrong with the NFL draft. Allow me to name a few QBs that had "off-the-charts" measurables: Ryan Leaf, Jamarcus Russell, Rick Mirer, Brady Quinn, NATHAN ENDERLE! Forgive me for shouting the last one, but seriously, Nathan Enderle got drafted...a guy with a college completion percentage a full 20 points lower than Kellen's in 2011. A guy who threw just 10 fewer interceptions his freshman year than Kellen threw in his entire career. Lest you think I'm jumping on Enderle because he's a Vandal, I could find dozens of quarterbacks with similar statistics whose only draftable quality was that they were at least 6'4" and possessed a rudimentary knowledge of football. Kellen's a freakin' wizard with a football but doesn't have to stoop to get through doorways and NFL scouts want nothing to do with him? I just don't buy it. I'm resigned to the fact that many lesser QBs will get the call on draft day(s) before Kellen, but if he slips past the 5th round, I give up.

Kevan: The NFL likes its measurables and its prototypes because generally those shapes and sizes of players perform the best at the next level. For every Ryan Leaf, there is a Peyton Manning. For every Nathan Enderle, there is a ... John Friesz? I don't know about that one.

Point being, the NFL likes to play it safe and cover its bases by picking players based on a Jell-O mold of type. Even still, I don't think Kellen Moore's size alone will prevent him from being drafted as highly as he deserves. The Drew Brees argument is far too valid for teams to simply disregard him completely based on size.
What will hurt Moore the most is his lack of athleticism and his purportedly weak arm strength. Teams will take a flyer on a short quarterback if he has gazelle limbs for legs or a howitzer for an arm. But a career winning percentage in the mythological god range? That's not gonna cut it.

Drew: Lots of money is at stake, so I see why it's less of a gamble to pick up a quarterback that could play tight end *cough* Tebow *cough* if he doesn't work out under center, but Kellen's game tape should more than assuage any fears teams might have about his command of an offense, or his longevity for that matter—he's not fast...but he rarely gets sacked. And do you mind if we just dispel the arm-strength myth right here and now? While I have no doubt that being able to throw the ball more than 10 yards is a desirable trait for an NFL QB...scouts act as if QBs are routinely asked to throw from one endzone to the next...from their knees. Kellen has plenty of arm strength to get the ball downfield. Does he have Favre-like "zip" on his ball? No. He may even float sideline routes from time-to-time, but this is the one area of Kellen's game he can improve. Look, he's not getting any taller or faster...but I'm sure he can learn or train to put a bit more velocity on the ball. QBs aren't born and the die with the same arm strength. Kellen can fix any strength or mechanical issues he may have. But your dumb 6'6" QBs that already possess cannon arms aren't going to get any less dumb. 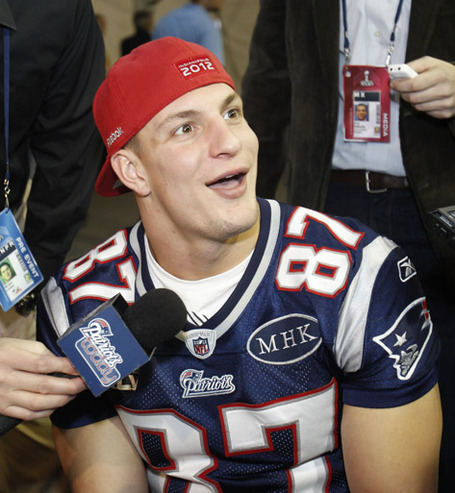 Kevan: There is a certain unquantifiable quality to Moore's game. Precision? Anticipation? Goofiness? I don't know. I can't quantify it.
Unfortunately for Moore, the NFL Draft is a business of quantifying. If it wasn't, then coaches and GMs would go off of game tape and not need to see Kellen Moore in his undies on a scale. The NFL is weird, man. And its weirdness is very deep-rooted and thorough (see: sock height fines).
There is every reason in the world to draft Kellen Moore. I'm afraid that NFL teams will only bother looking at the few reasons not to.
Drew: I'm afraid of the same thing, Kev so it looks like this is less of a roundtable and more of a "2 dudes sitting at a lunch counter" type situation. Also...what does "quantifiable" mean?

If you can put your rabid homerism aside—where do you see Kellen landing (besides a coaches chair)? Will a team take a no-brainer gamble on our diminutive hero? Let us know in the comments.