The Boise State men's basketball team lost a nailbiter to San Diego State on Wednesday night, and in addition to loads of self-worth and money I had riding on the game, there was also the small matter of a blog bet with SDSU blog Aztecs Killing Him. Here now is the payment for that failed wager. It is glorious in its snark.

The case for a new addition to the Big East

Whenever I go on vacation, I always try to make an effort to not stand out as a tourist. After all, nobody likes tourists.

You know who I mean - the dork in San Francisco hanging off of a cable car while sporting a white Alcatraz t-shirt. Or the yokel in New York snapping photos of a giant Justin Bieber billboard in Times Square. Or the guy in Albuquerque not loading up on Sudo at the CVS.

Instead, I like to try to blend in as much as possible. I like to eat where the locals eat. Drink what the locals drink (only more so).

Well, as a guest poster at One Bronco Nation Under God, I can't help but follow that same philosophy. If I'm going to post on a Boise State blog, dangit, I'm going to be a Boise State blogger. To get into character, please excuse me while I pound this Dairy Queen Blizzard (cookie dough, if you must know). Be right back.

Oh my lord. That was ... not natural. That may require an enema.

But ... wow. I actually do suddenly feel at one with Bronco Nation. I see slights and conspiracies everywhere. I suddenly view Rocky Long as history's greatest monster. And that scent - does the world always smell like blueberry otter pops to you guys? So very strange.

So anyhow, now that my finger is firmly on the pulse of Boise State fans everywhere, I'd like to give my - nay our - thoughts on an issue of great concern in these parts: Finding a suitable 12th football team for the Big East conference. There are a lot of interesting candidates out there, such as Temple, Air Force, Memphis, and East Carolina.

Whoa hey sorry. I just nodded off while typing that last sentence.

Where was I? Ah right. What Boise State needs (and thus what the Big East needs) is a true western partner for the Broncos. I know all the East Coast bias types out there think we already have one with San Diego State. But what they fail to understand is that not all westerners are alike. The beach bums and fish tacos of San Diego are no less foreign to us than Connecticut and its insurance executive yacht parties or Central Florida and its ... OK, I don't know anything about Central Florida.

Instead, Bronco Nation needs a true cultural partner. It just so happens, there is a perfect candidate out there: 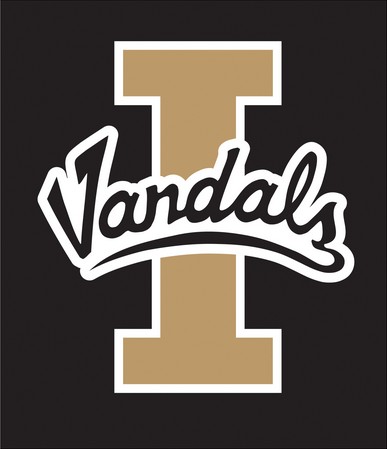 Naturally, there are dozens of reasons why Idaho would be a great addition to the Big East. Hundreds, even. But in the interest of brevity, I'll just stick to a few.

First is the obvious - the Vandals are an up-and-coming western power. Not only have they won one of America's premier bowl games more recently than us Broncos

Then there are the jaw-dropping facilities. There can be no question that the world-famous Kibbie Dome is the premier indoor FBS venue west of the Rio Grande River. And what's really awesome is that you can play basketball there too. For any of our new Big East rivals reading this, it is indeed safe to say that the Kibbie Dome is basically a western version of the Carrier Dome. Seriously, look into it. Once you do, I'm confident you'll be clamoring to offer Idaho an all sports invitation.

Plus, if your team has a charter jet, you can probably park it in there for a nominal fee.

Now, you may be wondering: Is Idaho really large enough to support two BCS AQ conference powerhouses? First of all, I'm flattered you would consider us a powerhouse, too. Furthermore, as a lifelong Boisegander, I can tell you that Broncos Nation does not extend much past the city limits of our 200,000-person hamlet. The University of Idaho, on the other hand, draws from an entire state of 1.5 million, with tentacles of influence extending into such far-off cities as Pullman, Wash., and even the Spokane/Post Falls/Cheney Metroplex. The opportunity to capture countless TV sets is just waiting to be unearthed like so many delicious starchy tubers.

Trust me Big East people, this is what Bronco Nation wants. What we demand. I mean, why else would an opinion like this appear on this blog?

Think it over, K? Toodles.