Roundtable: Who is the star of the 2012 Boise State football team?

Share All sharing options for: Roundtable: Who is the star of the 2012 Boise State football team?

The big names are gone from the Boise State roster. No more Kellen Moore. Aloha Iloka. Later smellin', Shea McClellin. The dearth of familiar faces on the Bronco football team leads me to wonder, and when I start wondering, I start emailing my co-blogger Drew, and before you know it, we have ourselves a roundtable.

The topic: Who is the star of the 2012 Boise State football team?

I'll begin, but don't take that as an indication that I have any answers.

When preview magazines and out-of-town newspapers and Andrea Adelson's non-BCS helper monkey write about the 2012 Boise State Broncos, who are they going to feature? A staple of template journalism is the sentence "Team A sure did lose a lot of players from last year's team, but at least they still have what's-his-rump." Who is Boise State's what's-his-rump?

I have no idea.

For the record, the rest of my Top Ten includes the following, and yes, I know there are only seven people total:

I am leaning toward Harper or Miller being the presumptive star, although I find it a fascinating commentary on the state of Boise State football that the stars of 2012 might be a sophomore wide receiver and a former backup running back.

I've put a lot of thought into this question in the five minutes since I read it and here's my partially kind of semi-educated guesses.

I'll happily break this down by position because why not have close to a dozen of these to make sure that neither one of us can possibly be wrong? Matt Miller should be the unquestioned star of the WR corps...after all, he was a freshman All-American, he's big, and he doesn't mind going, Frogger-style, into traffic. DJ Harper may get more work this year than he bargained for and I think he'll be equal to the task-there's a good chance he'll outgain 2011 Doug Martin. QB-to-be-named is going to get the star treatment whether he performs like one or not...so let's pencil this one in (ghost writes "Nick Patti"). I'm not touching the O-line because I value my fingers...and honestly, if an O-lineman is one of your stars, you're coached by Robb Akey. 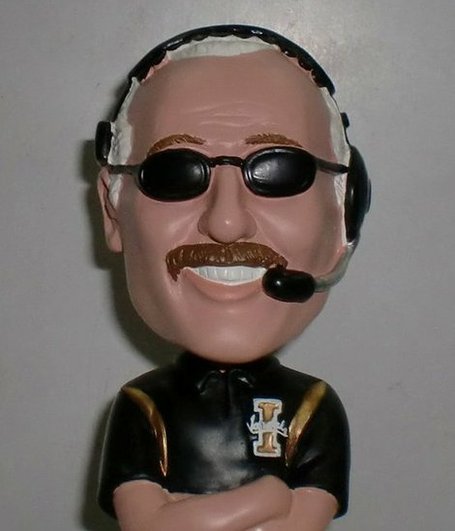 D-line should be fun...I think that Demarcus Lawrence is going to be a star from day one-I've heard some great things about him and think his skillset will rival Shea McClellin's. At DT, I think that Mike Atkinson will be very disruptive, and not in a law-breaking sort of way. At linebacker, I'm going to will Blake Renaud to be a star because it's been too long since we've had a dominant force in the middle. Jerrell Gavins will be the star-studded corner if he plays anything like he did through 3 games last year—knee willing, of course. Lee Hightower has star written all over him at safety...in permanent marker. Probably 4 of the biggest hits I witnessed last season were by the true frosh and I expect many more. Finally, I think another big star will emerge at the nickel position a la Winston Venable...and that star's name will be Corey Bell.

These are my picks for the guys that will play at Coach Pete's mythical "high level" and turn heads in the Spring. One or two of the aforementioned will be transcendent and get love on a national stage. 8 ball is cloudy on which, however. Ask again later.

So here's a what-if for you: If the Bronco Shop was having a super sale on all Boise State jerseys and the sale ended today and a rich Uncle Scrooge-type uncle gave you $50 specifically to spend on Bronco gear, whose jersey would you buy?

I'm going with Matt Miller. But ask me again in a couple paragraphs and I'm sure I'll have a different answer for you.

So now I have to type a couple paragraphs? Not cool.

If hypothetical Uncle Scrooge descended from his money bin on the outskirts of Duckburg and gave me a wad of cash to spend on that classic bit of memorabilia, I think I'd resist the urge to buy an Atkinson #99...because I think it could be used as a bedspread on a twin sized bed. For cruising the town (what lady doesn't love a guy in his 30s rocking a college football jersey?)...I'd probably go with a Hightower '29'. Everyone likes a big-hitter and I could also wear it to my bi-annual Police Academy fan conventions. 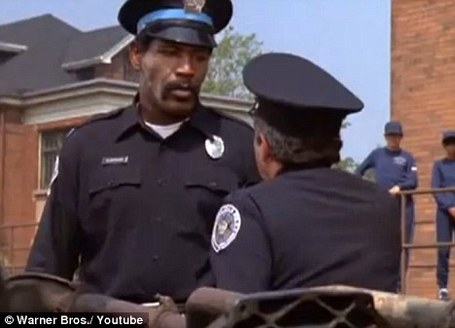 I was thinking, during those two paragraphs you wrote, about the star power of Boise State's next quarterback. I think you're right on in saying that the starting QB has the most star potential ... unless that QB is Joe Southwick. I cannot see Bronco Nation rushing out to buy Southwick jerseys the day after Fall practice when he is named the starter. I can see them rushing online to scream "NICK PATTI BLAARRGGH!" at an ESPN message board.

Patti, Laughrea, and Hedrick on the other hand would be surefire hits. They're young, new, and they come bias free. I can totally see Bronco fans rushing the BroncoShop for Nick Patti's No. 22 jersey (Doug Flutie tribute, you guys).

Selling Joe Southwick as a Boise State star isn't going to happen until after he lights up Michigan State for a fifty-burger.

You may be right...and honestly I feel bad for Southwick because the fact is: he IS the presumptive week one starter and no one seems to want him to be. Southwick's playing time thus far has been at the end of ridiculous blowouts when the offense went super vanilla (super vanilla is also my favorite type of ice cream). He's looked pretty darn good in scrimmages and is a better athlete than Tharp was...I think he'll do fine as starter if that ends up being the case. However, Hedrick and Patti can really run...which give Bronco fans visions of an unstoppable pistol-wielding offense that puts 3 guys over 1K in rushing for the year. Southwick is the safe pick...but not the "fun" pick. I get that.

And as strange as it sounds to say it, Boise State's starting quarterback - if it is Southwick - won't be the biggest star on this team. That will be super weird (my favorite type of weird).

So assuming the QB reins go to Southwick and not the people's choice of anyone other than Southwick (a conversation we'll get into in much more exhaustive, repetitive detail later, I'm sure), my short list for Boise State stars looks like this:

Miller, Harper, Gavins, Hightower, with a soft spot in my heart for Joe Kellogg

Life would be a lot easier if I were Mark Johnson. "D.J. Highmiller it is!"

Note to self: Add D.J. Highmiller to list of potential deejay names.

And I went to school with D.J. Highmiller. 7 feet tall if he was a foot, arms the size of tree trunks, and a shock of red hair that ran down to his back. He played every position, including long snapper, holder and kicker. He turned down a full-ride to USC to go find himself in the Amazon. Miss that guy.

Who do you think the star of this year's football team will be? If you had to buy a jersey today, whose would you buy? Share your thoughts in the comments.