Boise State football recruiting: Looking ahead to the year 2015

Share All sharing options for: Boise State football recruiting: Looking ahead to the year 2015 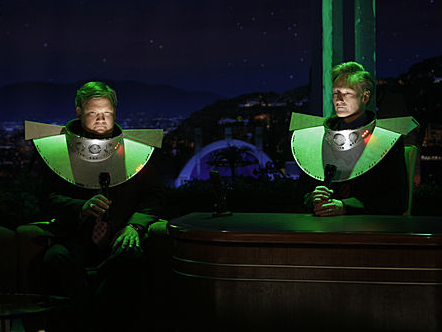 The 2012 Boise State recruiting class was a good one, but how good it is might not be known until many years later, nless someone had a way of seeing into the speculative future. Hey, wait. I have a blog. I can speculate about future things all I want.

Demarcus Lawrence is in the NFL, making life miserable on grizzled veteran quarterbacks like Tim Tebow.

Christopher Santini is in jail for accidentally maiming someone on a tackle.

Mario Yakoo weighs 500 pounds and is an Outland Trophy finalist.

Sean Wale is the team's kicker-punter after Bronco Nation ran Jake Van Ginkel out of town for missing a spring practice PAT. Wale develops nervous tics in both eyes and one nostril.

England recruit Elliot Hoyte gets written up in a national story as the pioneer for Boise State's U.K.-themed roster that features nine Englishmen and a Scot. Boise State makes an offer to the three-year-old son of Prince William, Bernard.

The NCAA rules all Englishman ineligible due to an intrastate Ford Explorer investigation.

What do you think will happen in the future to this Bronco recruiting class? Any bold predictions? Share your thoughts in the comments.