This week's BlogPoll, sorted by greatest distance from the Mole People

Share All sharing options for: This week's BlogPoll, sorted by greatest distance from the Mole People

I'll get to the Mole People in a minute, but first I wanted to discuss the top of my ballot. Ohio State at No. 1 has provided great fodder for my Top 25 being insane, but that may end after this week as the Buckeyes finally take a week off of playing football. Alabama, Oregon, K-State, and Notre Dame will each have a chance to match tOSU's 10 wins and then I will finally have a chance to vote someone else as the No. 1 team in America. Every vote counts, unless they removed mine from counting seeing as how it was so weird for so long.

How come things are so weird? Here's a recap of my methodology.

My Top 25 operates under the assumption that all FBS football teams are equal because, if they weren't, the NCAA obviously wouldn't group them all into the same classification. That would just make no sense.

Therefore, to choose the best from the FBS, I am building my BlogPoll based on one very big factor: Wins over fellow FBS teams. When ties happen within my standings (and they happen A LOT), I will do the tie-breaking based on a new stat every week, like, say, points allowed or Dairy Queens per capita. You know, real scientific stuff.

This week's tie-breaking method is distance of each team's home 50-yard line from the center of the earth. The idea was submitted by reader Casey, who is smart enough to both think up such a wild tiebreaker and have the computational know-how to figure this stuff out.

As for which way to sort, I went with higher ranked teams as farther away from the earth's core. Reason No. 1: The closer you are to Center Earth, the more likely you are to have a low center of gravity and be harder to tackle. Science! Reason No. 2: Mole People. Kudos to teams for being prepared for a possible Mole revolution and building their stadiums accordingly. 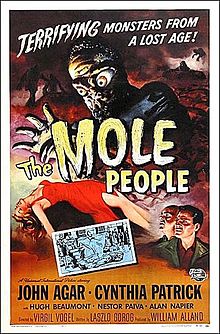 (Seriously, a big HT to Casey for the idea and the spreadsheet.)

The complete Top 25 table is below.

Got a suggestion for a tie-breaking procedure? I'm all ears.

Got a beef with the way I do my polling? Beef away in the comments.

Got some ways to make this Top 25 better? Please help. I'm easily swayed.