I am really interested in the reason why Lee Hightower is suspended indefinitely. Anyone else?

I conducted a mini Google investigation on Monday, hoping to scare up some rumors. I hit the Bronco message boards, which are usually good for a hairy theory or two. Nothing. Oh to be Facebook friends with Hightower's friends! I would know everything! 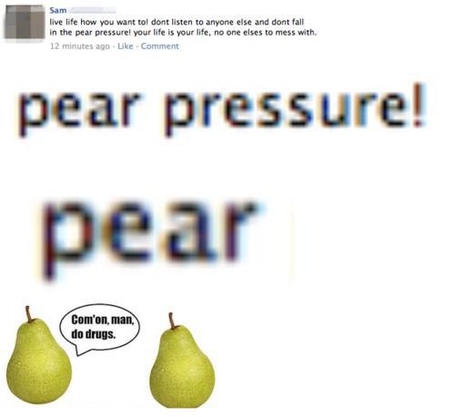 But as it stands, I know nothing, and that is how Boise State would like it. Reporters don't dare say what they've heard for fear of press pass retribution. Coaches don't dare say more than the bare minimum as per self-made BSU policy. Such is life for news-hungry Boise State fans - we get what we get and we don't throw a fit.

We didn't get much this time. I should be used to that by now.

Thought No. 2: People still do not like Joe Southwick

It is fewer people than it was a month ago, sure. But they're still saying things like this:

The above comment came on an Idaho Statesman football chat, which is basically an invitation for haters to hate. This particular hater made the following points:

Your feelings on the matter are probably tainted by your feelings on Southwick. In defense of Statesman chatters, I see where this person is coming from. Southwick has not proven himself as a big-game quarterback (see Michigan State and BYU games for proof), and thinking of him in a BCS game is a little unnerving. As far as whether or not the Fall Camp Theory plays, you have to consider that the coaches could have very well had their minds made up early on and just didn't tell us. Or they were waiting for confirmation in the fall scrimmage, which they obviously got when Southwick was good and everyone else was terrible.

USA Today's Dan Wolken did a feature on Southwick this week, and the BSU quarterback's words were telling.

"It's interesting what our fans do sometimes," Southwick said Saturday. "All I can control is how hard I work."

... Southwick won't get specific about how nasty it got, but he doesn't have to.

Answer: People heckling him at the supermarket.

Thought No. 3: Which true freshman might play in the secondary?

Chris Petersen hinted that a true freshman might see significant playing time in the secondary with the indefinite openings created by the losses of Lee Hightower and Bryan Douglas. Who might that true freshman be?

Thought No. 4: The growing sentiment that San Diego State might pull the upset.

When I saw that the point spread for Saturday's game was a mere two touchdowns, I thought the Broncos would have no trouble covering and so I emptied my savings account, nay, investment account. Boise State is playing at home. This is a done deal.

But the closer we get to gameday, the more I get the sense that Bronco Nation feels this game could be close. Maybe it is the relative quality of San Diego State compared to recent cupcakes UNLV and Wyoming. Maybe it is the Aztecs' record or their confusing defense (more BYU-like, which is a scary comparison for Bronco fans) or their balanced offense. Maybe it is Bronco Nation's defense mechanism to prepare for the worst against decent opponents.

Thought No. 5: Is it worth getting your hopes up for a BCS bowl?

Chances are good that if the Broncos win out, they will go to a BCS bowl. I am trying very hard to fight the urge to remember this.

A few weeks ago, I felt like Boise State was rife for an upset in Mountain West play and that getting through the rest of the schedule unscathed was a 50-50 proposition at best. How can I go from worrying about MW underdogs to planning a January trip to sunny Florida? I can't - or at least I shouldn't. The past two years, I made plans for BCS bowls only to see those plans dashed in the cruelest of ways. I'll remain cautiously optimistic and realistically nervous.