Share All sharing options for: 2013 DT depth gets a boost 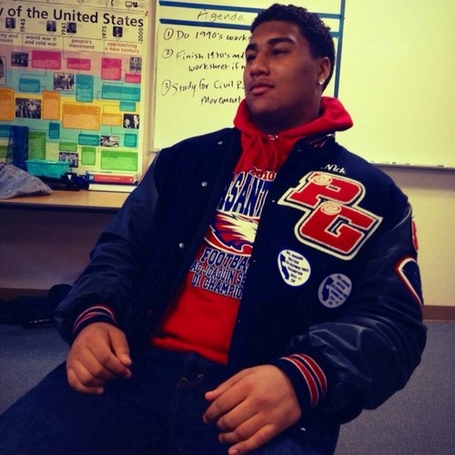 An SB Nation snafu earlier today kept the weekly recruit roundup from going up, but along the recruiting lines, it does look like the Broncos have secured another verbal for the class of 2013. This one is what I would call "timely" as well, as our depth at defensive tackle is about to take a serious hit in 2013. DT Nick Terry of Pleasant Grove High School, looks to have committed to the Broncos this weekend. Terry, (6'4" 270 lbs.) is rated a 3-star by scout.com and fielded scholarship offers from Cal Poly, Colorado State, Fresno State, Nevada, Oregon State, San José State, UNLV, and Washington State. Terry had 77 tackles, 3.5 sacks and 2 fumble recoveries as a junior and 46 tackles and a sack this season. His team was bounced from the playoffs this weekend in the second round by Burbank. Terry is the 14th known commit of the Broncos' 2013 class*.