Share All sharing options for: Seniors, we hardly knew ye (except D.J. Harper).

With the recent youth movement on the Boise State squad, it's easy to forget that we're graduating a grand total of 23 seniors this year. Each one of these seniors has had an impact on the Bronco squad, be it big or small. As it's senior day on The Blue tomorrow, I'll attempt to give each one of these seniors a brief sendoff. Thanks for the memories, fellas.

Farewell, tiniest Bronco. The 5'5" Frisina is a walk-on from Saddleback JC who earned the starting FG kicking duties in this, his senior season. The kicking has not been memorable for the Broncos the last few years, but Frisina's hard work has paid off in his final year and since we have no idea if next year's guys will be any better...well, that's enough to make me miss him already.

Farewell, snappingest Bronco. Roberson is yet another walk-on who stuck through to the end. No one ever notices the long snapper all that much until he's gone...like he was against San Diego State, when a botched long snap cost the Broncos an early 2 pt. conversion. I can only hope his tutelage sticks with the younger crop of snapping Broncos.

Farewell, roundest Bronco. Atkinson came in before high school teammate Tyrone Crawford and will leave after him. In between, he shook off suspensions and injuries to become an excellent inside presence in the Broncos front 4. Sadly, his career ended too short with a knee injury against SDSU, but we'll always have this memory. Thanks, Bacon.

Farewell, specialest Bronco. Borgman—yet another walk-on—never really looked long for the defensive secondary, so he turned himself into a madman on special teams. Going into his senior season, Borgman had 34 tackles and the lion's share were racked up on special teams...this year, he has two fumble recoveries on kick coverage. That's one heckuva special teams career if I do say so myself (I do).

Farewell, oldest Bronco. Forget the fact that Ames is pushing 30 and focus on the fact that this local product was not even on the Broncos' radar upon returning from his mission—a few months later he was starting at tackle against a ranked Oregon team on The Blue. It's quite a success story...and I understand he and his wife are expecting their first child. Bonus!

Farewell, screeniest Bronco. Burroughs' first year with the Broncos was not a memorable one, as the local product was fed to the lions on bubble screen after bubble screen and his hands and playmaking ability were brought constantly into question. Now, as a senior, the Broncos miss his playmaking ability and versatility since he's been nursing a bad wrist since the Southern Miss game. Hopefully, Bronco fans will get to see the Mitch Burroughs Experience one more time this season if he can MacGyver his wrist into playing shape in time for the Nevada game and bowl.

Farewell, dreadlockiest Bronco. Yeah, I know that Gavins signature Predator locks were shorn some time ago, but that's the Gavins I'll always remember...and the one that was absolutely the best defender on the field last season before a knee injury sidelined him for the year. Through 3 games in 2011, Gavins had 3 picks. You can't get much better than that. Oh, and he's been solid this year too. His work ethic and spirit will be missed.

Farewell, grimiest Bronco. That was a word play on his last name, by the way...I'm sure his hygiene is impeccable. Grimes has been a very pleasant surprise this season after injury-plagued sophomore and junior years spent mostly o the sidelines. Grimes worked his way into the 2-deep at tackle this season and has been formidable as a run-stopper. Very glad to see him back last week after a short injury absence. Thanks for choosing the Broncos, Greg.

Farewell, unluckiest Bronco. It's no secret that D.J. Harper has been one of the Broncos' best players for some time...it's also no secret that he's had the darnedest luck. Keep in mind that Harper's first start came against Fresno State in 2007—the true frosh was subbing for an injured junior named Ian Johnson. If that doesn't say it all, then maybe this will: Harper clearly looked like the Broncos' best back in 2008 AND 2009 before 3rd game ACL tears sidelined him for the remainder of those years. Thanks to a redshirt and a medical hardship year, Harper's departure has been stalled long enough for him to become a dangerous running and receiving threat for the Bronco offense and a leader on the team. Oh, and the Broncos had two true freshman RBs in 2007 and chose to start the one NOT named Doug Martin. Harper is money.

Farewell, Colin Kaepernick. I'm sorry to do that to our good Mr. Jackson, but as we've pointed out time and again in our 99-day countdown, he does bear a striking resemblance to the Ostrich of the Nevada desert. In all seriousness, Jackson came in as one of our most highly-touted recruits at safety, but a glut of young talent at the positions like Jeron Johnson and George Iloka made the Broncos rethink where he Jackson could contribute. They chose wide receiver, and while Jackson hasn't seen the field much as part of the receiving corps, he's unselfishly done what was asked of him. Believe me, that's a hard thing to do...and Jackson has done it admirably. Here's hoping for a fade route with his name written on it on senior day. 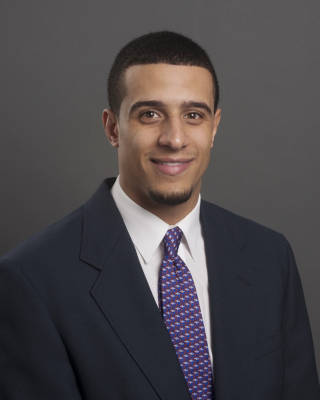 Farewell, gingerest Bronco. Joe Kellogg may look like one of the forgotten bully brothers in the O'Doyle clan, but he's been one of the Broncos most consistent and versatile starters along the O-line. Of all the departures along the line at the end of this season, I'm going to miss Kellogg the most—I suspect the coaches will to.

Farewell, most unassuming Bronco. Koch's sunny disposition and bright, smiley face belie a really great blocking tight end. He never developed into a great pass-catcher, but I don't know if that's why the staff brought him on in the first place. Koch's flexibility to play TE or FB has made him a valuable asset to the Broncos...especially in the absence of our next senior...

Farewell, manliest Bronco. Dan Paul is a man amongst boys on the gridiron. Whether it's displaying his chest plumage while running decks, or being physically restrained from taking out LeGarrette Blount in '09, you just won't find a Bronco more intense than "the Danimal". Watching this guy throw devastating blocks has been a real joy to watch. I find joy in others' pain.

Farewell, sneakiest Bronco. Koontz has never gotten the headlines at Boise State, but his inspired play at times has many wondering why he hasn't. Koontz joined the Broncos during what will someday be referred to as the glory days of the Broncos' D-line. He's changed positions...numerous times...been a heckuva back-up and teammate and in this, his senior year, shown just how good his predecessors were to keep this high-intensity dude a few rungs down the depth chart. Make no mistake—next year the D-line needs warm bodies and we'll all miss guys like Darren Koontz.

Farewell, mustachiest Bronco. Moss came to Boise State as a walk-on LB, he'll leave as a formidable force on the Bronco special teams. Moss has bought into his role on the coverage teams every bit as much as the guys at so-called "skill positions" and has most definitely left a mark. More accurately, he's left a blue mark on many an opponents' facemask. As much as any one special teamer can be a baller—Hazen Moss is that dude.

Farewell, goofiest Bronco. I almost put "rappingest Bronco", but from anecdotal evidence and the existence of videos like this (warning: mild cursing) make me believe that Wright is plenty of fun to be around. The guy can play a little football too. Come back to Boise when you're first album goes platinum, big guy...stadium naming rights are still up for grabs.

Farewell, hardest-working Bronco. Jamar has steadily become a dominant force in the Bronco secondary since his true freshman year. As the Statesman pointed out, this is due in no small part to his crazy work ethic and learning at the feet of his mentors. Now Taylor is the mentor and he's passing his work ethic on to a younger group of Broncos. That, beyond being a shutdown corner on The Blue, might end up being Taylor's biggest legacy.

Farewell, southernest Bronco. Smith came to The Blue all the way from Atlanta, Georgia. I'm not sure how he found us or how we found him, but it's paid off the last two seasons as Smith has been a force at MLB for the Broncos who really puts a hurt on opponents once the whistle blows. Thanks for making the trip, Tommy.

Farewell, most-improved Bronco. Simmons joined the Broncos last year as a JC-transfer from Blinn College with huge shoes to fill (Winston Venable's). His first season was a tad rocky. His second season...well, that's a different story. Simmons committed himself to film study and practice between his junior and senior seasons and turned a 3-man horserace at nickel into a starring role for himself. Simmons suffered an injury against Wyoming, but hopefully will back to his head-cracking ways for senior day.

Farewell, tacklingest Bronco. When J.C. Percy walked on to the Bronco football team, I can't say expectations were sky high for the Blackfoot native. I'd heard of Percy for his prowess on the wrestling mat, but an injury-plagued senior football season had made sure that he was well off the recruiting radar. Well, Percy immediately turned heads on the blue turf and has been one of our most consistent playmakers at linebacker the last 4 years (3 of which, he co-started with Aaron Tevis). Now, as a senior...Percy's become a tackling machine, with over 80 on the year. His leadership and football smarts are what endears him to his team, however—that loss will be the hardest to overcome next year.

Farewell, skinniest Bronco. Well, Potter may not be the skinniest based on height/weight ratio, but he certainly never bulked up much during his stay. He is one of the niftiest players we've had on the roster, however, excelling on special teams and lining up at wide receiver and wildcat QB on offense. Potter's punt returns have provided many a spark for the Broncos and I don't think I'll ever forget his 76-yard back-breaker against Idaho in 2010.

Farewell, guy I can't think of an adjective for. Myers first burst on the scene in 2009 when he got his first collegiate start against #4 TCU in the Fiesta Bowl and more than held his own against the Frogs' All-American DE, Jerry Hughes. Since then, he's been a sometimes starter, but always done what's been asked of him, whether it's playing guard or tackle. That versatility has given the coaches confidence when shuffling the lineup due to injury or lack of productivity. That versatility is a highly sought after quality among Bronco O-lineman and Myers has personified it since day one.

Farewell, Bronco with the awesomest first name. Wright walked on to the Bronco squad after an amazing prep career at Vallivue and even though he's been stuck behind some all-time greats on the depth chart, he's still been able to shine when given the opportunity. Wright's 5.2 YPC average is nothing to sneeze at and consider that even though he often sees time late in games, the opponents generally still have their 1st string D on the field to save face. No face is to be saved when Wright gets the ball.