Paying up: Here is the San Diego State blog bet

Share All sharing options for: Paying up: Here is the San Diego State blog bet

Apparently it happened, though, and if there is any good thing that comes from losing to the Aztecs, it is having Aztec blog Aztecs Killing Him rub it in our faces. Our two blog sites had a friendly wager on the game: Winning team's blog got a free post on losing team's blog. Here is our recompense.

As you may have noticed, I'm a little late in collecting on the blog bet I won when San Diego State beat the Broncos on The Blue. Frankly, I've spent most of the past week and a half trying to figure out what the heck to write. There were so many options, but none of them seemed to fit.

That would go something like this: "It's a good thing your field is the same color as a urinal cake, because we just PISSED ALL OVER IT LOLOLOLOL." Not really my style.

I could also try to match Kevan's epic adaptation of The Santa Clause that he posted on my blog last year. There are two problems with this approach. For one, he's funnier than I am, so I wouldn't exactly be well served by a side-by-side comparison of our creative writing abilities. For another, the first show I could think of to parody was Home Improvement. Not only would this be Tim Allen overkill, but my attempt to photoshop a Boise State helmet onto Richard Karn was an abject failure.

Another strong consideration was a kumbaya post to make us all feel warm and fuzzy. After all, our university presidents have recently started paling around like they're in an 80s cop buddy comedy, so why not the bloggers, too? I could even start with a peace offering like this video of newborn kittens chasing a laser pointer. Oops - how did that link end up there? My bad, guys.

And then, today, it hit me.

SDSU's win in Boise was the official start of our new Big East rivalry. And what's a rivalry without a confusing and contrived rivalry trophy? We need one of thems guys.

Both of us already have rivalry trophies, and oddly enough it's with the same opponent - Fresno State. And if that's not strange enough, both trophies are cans. You have milk, we have oil. My suspicion is that Fresno is attempting to horde cans so they can store methylamine for their next cook. Whatever the case, cans are overdone.

Also cliché: use of potatoes and surfboards. I don't care what it is - a surfing Mr. Potatohead, a surfboard made out of a potato, a bust of a surfer turning a potato into a bong - it's not original or clever and we can do better. All we need to do is think a little harder about what connects Southern California and the state of Idaho.

And thinking a little harder could only mean one thing. To the fun facts!

Boise fact: Idaho law forbids a citizen to give another citizen a box of candy that weighs more than 50 pounds.

Trophy concept: A sculpture of Lindbergh presenting 49 pounds of candy to Hitler.

Pro: It will be a catalyst to spur complicated dialogue about our nation's complicated history.

Con: Hitler on a trophy.

Boise fact: The Broncos have superfans who dress like Elvis.

San Diego fact: The Aztecs used to have a hoops superfan dressed like a banana.

Pro: It will be the most delicious trophy in sports.

Con: Increased risk of dropping dead on the toilet.

Boise fact: The Broncos' era of dominance coincides with the installation of a blue rug.

Trophy concept: A Chevy El Camino with blue shag carpeting in the bed.

Pro: Winner is likely to get some hot swinger action.

Con: It will invariably just end up on blocks in one of our front yards.

Trophy concept: A framed copy of this. 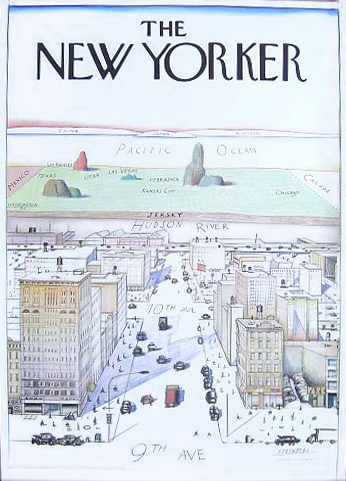 So these are my ideas to make our new rivalry official. Feel free to choose your favorite or suggest your own in the comments below. Although, on second thought, I'd probably advise against that Hitler one.