The Rams started their season with a bang, defeating hated in-state rival Colorado. They then fell on hard times, losing 6 in a row before recovering to win 2 out of their last 3. Will they maintain their recent success and pull a shocker? Or will Boise State play up to its potential and hold off the Rams? It will all be decided on the gridiron this Saturday.

Share All sharing options for: Colorado State Players to Watch

Before writing off the Rams as just another middling MWC team, consider this: the current record of the teams the Rams lost six in a row to is now 46-16. That's a winning percentage just a whisker under 75%! After such a brutal stretch, head coach Jim McElwain did a good job getting his squad focused enough to get back on the winning track.

Winning on the Blue would make these players' careers. Like all our opponents, they've had this game in mind all year.

On with the Impact Players:

The Rams are loaded at the Running Back position, but are led by Junior Chris Nwoke. 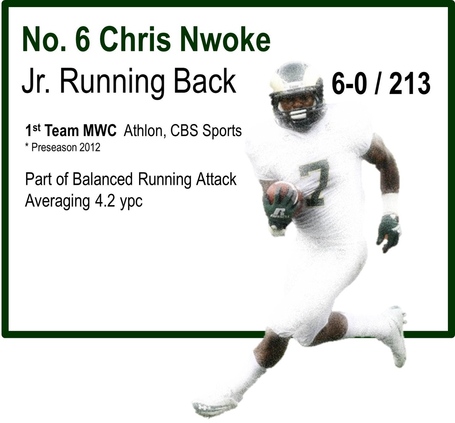 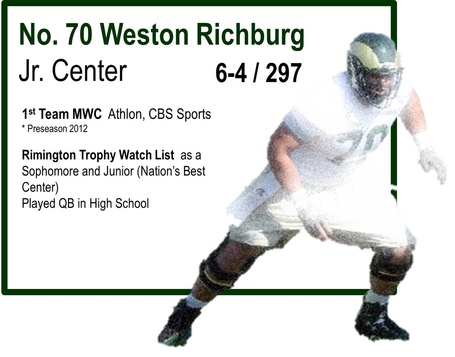 On defense, Colorado State is known to have good linebackers. Hopefully DJ, Jay and Jack can shake free of their tackles at least a few times. Shaquil Barrett heads their unit. Here Shaquil can be seen taking down Super Mario Dougie. 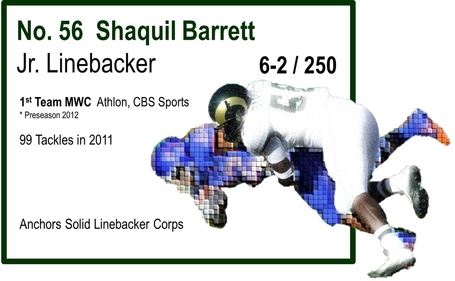 Perhaps Colorado State's best player is punter Pete Kontodiakos. Watch out for field position. As much as I don't like having to face a premier special teams player, at least he's not a return man. 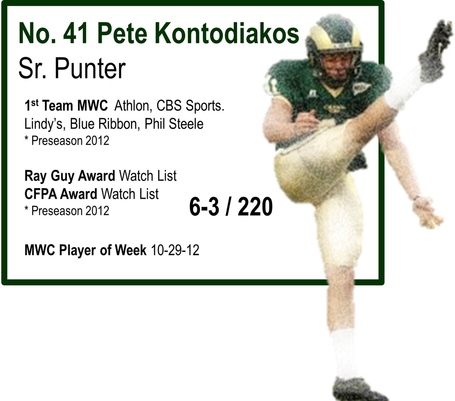 Just as our team was hitting its stride, the injury and suspension bugs bit. As a result, we have real vulnerabilities that can be exploited. Our boys will have to maintain complete focus and execute with precision to compensate.