The Wyoming coach received a one game suspension for his profanity-laced tirade directed at Air Force coach and American hero Troy Calhoun after the Wyoming-Air Force game two weeks back. Christensen was upset about an Air Force injury that Christensen did not feel was a true injury, and so he felt obliged to call Calhoun, among other things, Mr. Howdy Doody. You can watch the full video of the confrontation on YouTube, but I suggest you don't because you probably can't think less of Christensen as it is.

How will the Cowboys respond minus their head coach on Saturday? You might recall that Boise State played the Cowboys in Laramie a couple years back following the tragic death of a Cowboy player just days prior. Boise State won 51-6. I think Christensen's one-game suspension will be less motivating.

The weather in Wyoming is never anything less than uninhabitable, and it will continue to be so on Saturday when the Broncos and Cowboys play in sub-freezing temperatures. The good news is that winds are only expected to be 10 miles per hour, according to weather.com, meaning weather.com has obviously never been to Laramie. 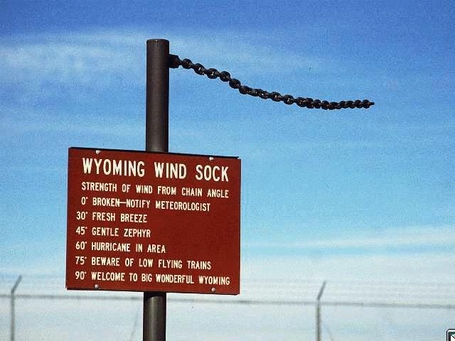 Prior to getting their rears handed to them last week against Fresno State, Wyoming had played a five-game stretch of one-score games with a combined point differential of 16 points. The stretch included an overtime loss to Nevada and a regulation loss by three points to 7-1 Toledo.

Here are some token compliments from Chris Petersen:

"This is a good team, a very, very scary team for us," Petersen said. "We've just got to make sure we're playing at a high level. They've got some players. I remember the game last year like it was yesterday. It was 7-7 at half until we got totally lucky and scored on the Hail Mary. We didn't do much last year in the first half at all. That was also at home. You go on the road and play like that, you'll get beat."