Get to Know UNLV's Best Players

Poor UNLV. Oh, what might have been. UNLV started their season in a promising manner, playing BCS school Minnesota to a tie in regulation. As luck would have it, Vegas lost to the Golden Gophers in not one, not two, but three overtimes. They say some losses stick with you all year. Based on their record since, this was one of those games. It's been a series of heartbreaking losses this season. No matter how many points they are spotted, the Rebels can't seem to close the deal. Had UNLV won all of their games where they had a lead after halftime, they'd be 4-3. As it stands, they are 1-6. Let's not forget how solid this team is underneath its deceiving record.

Share All sharing options for: Get to Know UNLV's Best Players

UNLV's best player is a Canadian lineman. Eat your heart out Michael Atkinson!

Brett Boyko is young and inexperienced in American football, having come to the sport late. But don't tell him that. He's learning quickly and on the fast track to success. After redshirting a season, Mr. Boyko has yet to miss a start. At the end of his first playing year, he was named to the honorable mention MWC team by Phil Steele. Granted, when you're carrying around 310 lbs on a 6-7 frame, you've got a leg - or maybe it's a gut - up on your competition.

Watching the two Canadians duke it out on the line is gonna be FUN! 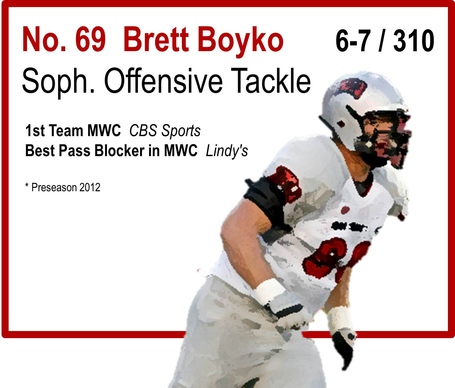 UNLV is doing a good job rushing the ball this year, and Tim Cornett is a big reason why. After leading the team in rushing the past two seasons, he's already had five 100 yard games this season, and is averaging over 5 yards per carry. Containing Mr. Cornett may very well be job number one for Coach K's defensive line. 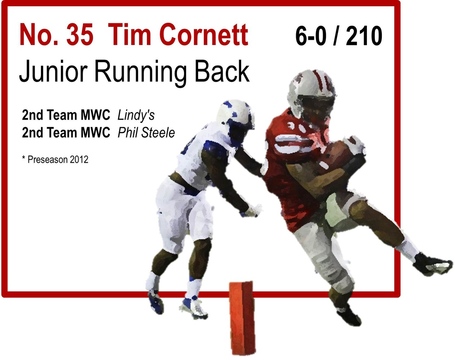 After losing many of its defensive starters to graduation, the Rebels were looking for guidance at the start of the 2012 season. John Lotulelei is their answer. Their leading returning tackler, Mr. Lotulelei is making good on his expectations. With 69 tackles thus far, he is tops in that category for the year.Last game alone, John had 19 tackles! 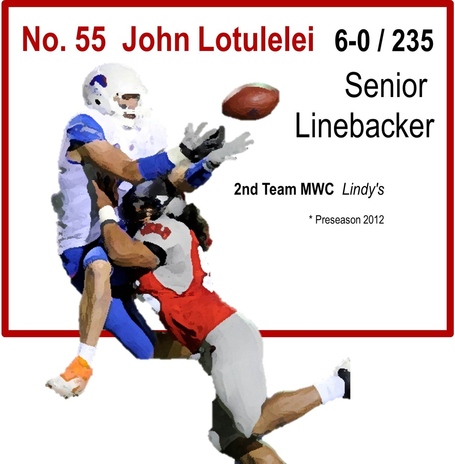 Last year, junior Sidney Hodge totaled eight pass break ups, earning him honorable mention recognition from the conference. Coaches and teammates see something special in Mr. Hodge. His leadership and toughness earned him the right to wear UNLV's "Battle Born Jersey No. 36" this season. Jersey No. 36 -- complete with a patch of the state flag on the back -- is worn by a Nevadan who best exemplifies the toughness and pride of Rebel Football (Nevada was the 36th state to join the Union). Kinda like our version of the hammer, only without the hammer. And the smoke. And the cheers. 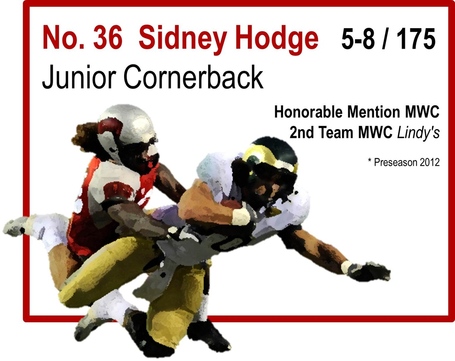 A win over Boise would make up for much of UNLV's self-inflicted pain. Our Broncos must never forget they have a huge target on their back. Because the Rebels are much better than their record, and they come to Bronco Stadium with nothing to lose, our boys must play with peak intensity and total focus.

As always, may each team play its best, may no one get a serious injury, may both teams have a blast playing ball, may the fans enjoy themselves and support our players regardless of how well they play, and of course... may our Broncos come out on top!