A slightly heated debate this last weekend (which I didn't participate in) got into discussing or not discussing the state of other sports at Boise State, and I'll admit that I spend too much time following the football team and not enough on the rest of Boise State University and it's athletic teams. So here's a rundown of what you may have missed since football began in August.

Women's Volleyball (16-14) Lost first round of MWC Tournament...Breann Nesselhuf was the only Bronco named All-MWC. 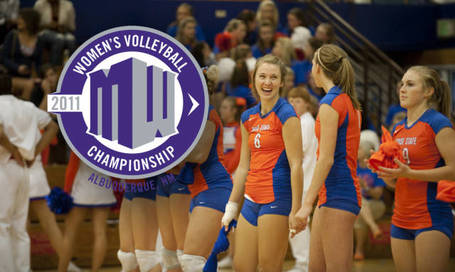 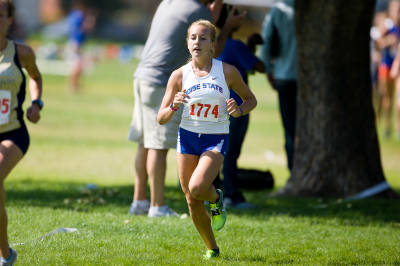 Women's Swimming and Diving (6-1?) Not sure what constitutes a win and loss when there are more than two teams, but the Bronco women seem to be doing really well. The season goes from October to March, so it's kind of like the opposite of baseball season...

Since it is a relatively new program, and they keep getting better, It seems like the school records are being broken every meet.

Women's Gymnastics (2-1) The season just started and the women are 2-1 with wins over Washington and Sac State, and a loss to Utah State and Southern Utah. Before the loss in the triangular, we were ranked 13th in the country. (There must've been a Russian judge there) 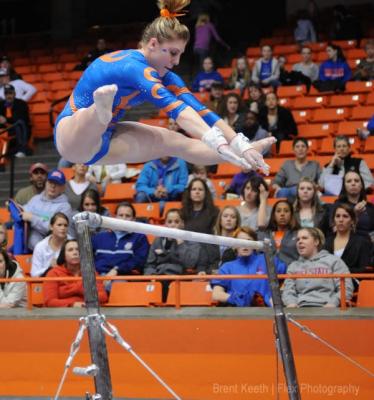 Men's Wrestling (3-8 in duals) The wrestling team is in what looks to be a rebuilding year, and that to playing the wrestling equivalent of an SEC schedule, and you have a 3-8 record. So far the losses include Pac-12 foe and #17 Oregon State (lost twice), #7 Nebraska, #23 Stanford and #1 Oklahoma State. Our most recent loss was to Pac-12 leader Oregon State and was a 16-18 loss. We should be able to get a podium spot in the Pac-12 championships in late February, and have the ability to challenge for the top spot. 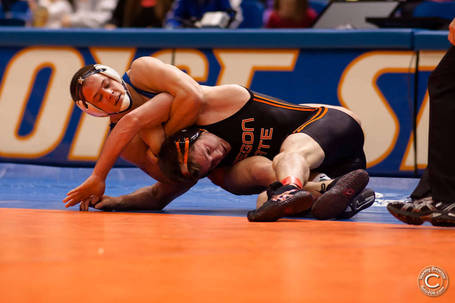 Women's Basketball (12-9) (2-4) The women's basketball team was projected to finish last alongside the men in the MWC this year. They currently sit at 6th. Senior guard Katie Isham and junior forward Lauren Lenhardt lead the way with 15.4 and 14.7 ppg respectively. Both of them are en fuego from 3pt land (38 and 43%) and both shoot 81% from the free throw line. 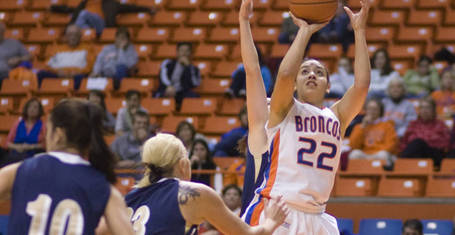 Men's Basketball (10-10) (0-5) The first first year in the MWC has proven to be a challenge for the young Broncos team. Attendance has been up and down. The year started with lots of hope and an infusion of some Australian talent helped bring the hype to the court. But after 5 straight MWC losses, the excitement is fading. The great thing about basketball though, is that the regular season doesn't matter (or is that the worst thing?) If we win four in a row in the MWC tourney, we are going to the dance. And this team took the number one team in our conference, #11 UNLV to overtime. We have the talent to do it. If the team gets some shots to fall, and the fans stay behind them, anything could happen.

Do you care about other sports?