The NFL preview of Boise State homerism: Which former Bronco will win a Super Bowl next?

Share All sharing options for: The NFL preview of Boise State homerism: Which former Bronco will win a Super Bowl next?

The NFL season kicks off tonight (Saints vs. Packers in what will most definitely not be touted as a Korey Hall revenge game, 6:30 p.m. MT, NBC) with one big question looming over the entire league: Will any Boise State players win the Super Bowl this year?

Boise State alumni Korey Hall and Daryn Colledge reached the pinnacle of Mt. Football last season with a Super Bowl championship. Who's next? That is the basis for the OBNUG NFL preview. Enjoy. And share your thoughts in the comments.

Note: The Broncos have 14 former players on NFL rosters this season. That's a lot.

The Panthers will be starting Cam Newton at quarterback, so Naanee can expect lots of passes to be thrown in his general direction and none in his specific direction. It will be quite a departure from his days with Phillip Rivers ... or Jared Zabransky, for that matter.

Kudos to Richie Brockel for making the team. Bummer that the team is the Panthers. Carolina has the look of a rebuilder.

Carr continues to play at a high level on one of the NFL's most feared defenses and one that should be in the mix for an AFC championship. Raise your hand if you thought Carr would last seven-plus years in the NFL.

/waits for someone to raise his hand

Colledge signed with the Cardinals in the offseason and will play his games in Boise State's home away from home in Glendale, Arizona, site of the Fiesta Bowl. He'll have that mojo working for him and the mojo of playing in the NFL's worst conference. You have to think Boise State would go 8-8 playing an NFC West schedule, at worst. 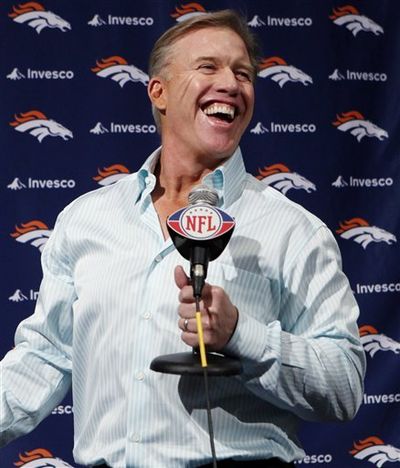 Hall's move to the Saints should open up some opportunities for the former Bronco LB to see snaps on offense in whatever weird way Sean Payton can find to get him on the field. Fullback fumblerooski, perchance? This is probably why I'm not an NFL coach and Sean Payton is.

Johnson made the team as an undrafted free agent, so now he has the burning desire of revenge to go along with the white-hot intensity of being himself. Too bad the Seahawks are on track to being one of the NFL's worst teams, especially since we Idaho people are going to get all their games on the TV. Buy Sunday Ticket now, friends. You won't regret it (except the Tinker Deion part).

Mikell was a free agent splash and Pettis was a draft pick steal. Their paths have somewhat diverged since the preseason with Mikell cementing his status as an elite NFL safety and Pettis almost getting cut. All's well that ends well. Plus, the Rams are expected to contend in that awful NFC West I mentioned earlier, so there's that.

The Cowboys signed Scandrick to a lucrative extension this offseason, and new defensive coordinator Rob Ryan (think Rex Ryan but hairier) really likes the former Bronco corner. Dallas could be a sleeper team in the NFC, since last year was such a bomb for Big D and everyone this year is on the Eagles bandwagon. You heard it here first, unless I'm wrong, in which case you did not hear it here.

Rex Grossman will be the opening day starter for the Washington Redskins. Sell! Sell!

Venable joined the Bears as an undrafted free agent and did enough Venable things in camp to make the final roster. Now he and Nathan Enderle can share awkward stories about college football memories. Venable's Fiesta Bowl win over TCU vs. Enderle's Human Bowl win over Bowling Green. Uncomfortable silence.

Bigger things are expected of Wilson now that he's in his second NFL season. If things go well, he could end up being a key contributor on one of the AFC's best teams. And Rex Ryan may get a full leg tattoo of Wilson fighting a dragon. You never know. 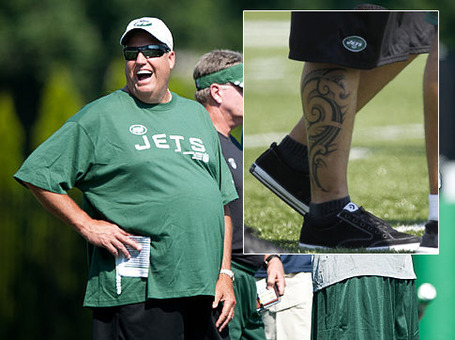 The Lions are the NFL's preseason hotness. Everyone thinks they'll be the next big thing and are destined for playoff berths and breathless game recaps. That could be true, and Young could play a big role as the team's third or fourth receiver, especially now that he is healthy.

Or things could spiral into chaos and the Lions could continue being the same Lions of the past decade. It could really go either way.

Some NFL team will need a missing piece or a mercenary down the stretch, and there are a handful of NFL-experienced Boise State players to choose from. Here they are alphabetically.

Who's your favorite NFL team?

Share your NFL allegiance in the comments and weigh in on what Bronco could be Super Bowl-bound in 2011. Favorite player? Favorite team? Let's hear it.