Share All sharing options for: Final pregame thoughts on Boise State versus Nevada

We are less than 24 hours until the Broncos set the universe right against Nevada. How's everyone doing? I'm a mess, as usual, so I hope you don't mind if I vent some feelings, share some thoughts, and bounce some theories after the jump. Feel free to do the same in the comments.

The main question that many Bronco fans are asking is not if Boise State will beat Nevada but rather by how much. A win seems like a foregone conclusion, a sentiment that both makes me proud of our collective homerism and makes me worried about our flippancy toward the football gods. They demand our respect! And they demand we stop calling shovel passes "shuttle passes."

Nevertheless, I am one of those asking "how much" and "how embarrassing," and I fear that my hopes and dreams for the final score are not shared by the Bronco players and coaches. I want Nevada to be wholly obliterated, and I want the score to reflect as much. This Nevada game has an unmistakable emotional connection for me; there is an albatross on my psyche that can only be removed by the reparations of a blowout. I want closure. I need closure.

Bronco players just want to win ... and maybe try a field goal if the mood strikes them right.

The Bronco team's response is a much healthier one than mine. They view the game against Nevada as a game against Nevada and not a cosmic chance for payback. And yet, I can't help feeling pained by the disconnect. If Boise State goes up by four scores on Saturday, I don't expect them to keep their foot on the pedal. They play the game the right way, which is why so many of us love them. But just this once, couldn't they make an exception?

In a lot of ways, the approach to Saturday's game is a microcosm of the frustration that fans have with Boise State football. There are times when the fans and the team disagree. We are like the young married couple that is just now starting to realize that the other person is not perfect and does not share the same view on dishes. The Boise State football team wants the dishes done. Bronco Nation wants the dishes sprayed with a pressure washer and dunked in bleach. I really wish our honeymoon stage could last forever, or at least through the end of the day on Saturday.

In each of Boise State's last two games, the TV broadcasts have led with highlights from last year's loss to Nevada, just in case we had forgot. Well, we haven't, so you can making us relive our nightmares over and over ... Marty Tadman tweets Bronco strategy during games, and it is fantastic ... Coach Pete was asked a hypothetical about blowing out teams if it meant a sure shot at a national title. He said no ... I listened to an interview by Nevada newspaperman Dan Hinxman the other day, and he was highly pessimistic about the chances of this year's Nevada team ever beating this year's Boise State team. Sidenote: I now subscribe to the Reno Gazette-Journal ...

... I got an email from a Bronco fan and UCLA native who shared an interesting perspective on the week of Bronco griping:

I have read much of the comments/ criticisms of the last game Southwick: pulling Kellen, tackling, kicking, play calling, etc.........Tell you what, EVERY...SINGLE...UCLA fan would love to trade you problems, as would about 95% of college teams. To be where you are, from where you came from so few years ago, is essentially miraculous. What keeps you where you are is your coaching. Don't make them feel nit picked, second guessed and unappreciated.

The worry is that Coach Pete will be pursued by UCLA this offseason once Rick Neuheisel gets the boot. Ha! Gene Bleymaier would never let that happen. Oh. ...  I really think the Boise State running game will get on track against Nevada. And yes, I may have said the same thing last week about Tulsa ... Thomas Byrd, Chase Baker, Dan Paul, and Jerrell Gavins either are out for Saturday or could be out for Saturday. Combine that with the fan unrest through the first three games, and this season just feels wrong on so many levels. Are we in a down year and don't even know it? ...

My week in pictures 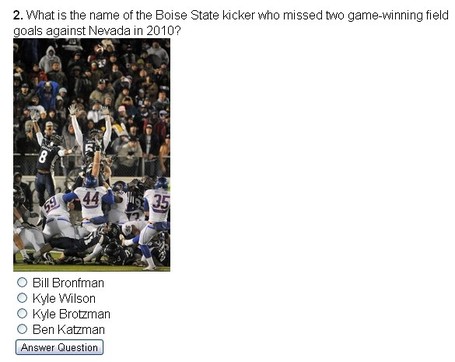 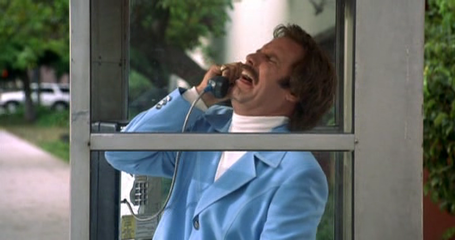 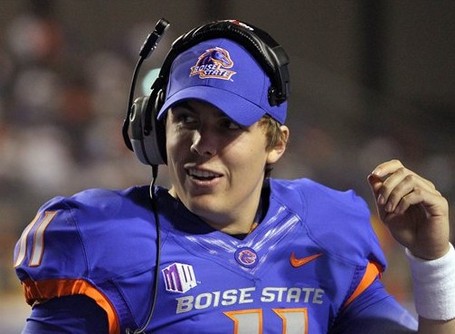 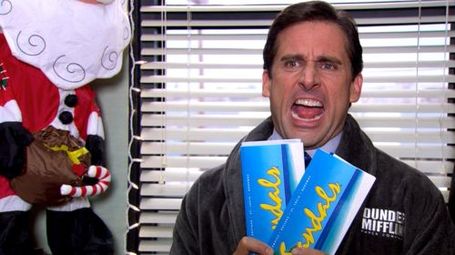 How are you feeling before Saturday's Nevada game? Nervous? Anxious? Cool and confident and ready for a 50-point win? Share your thoughts in the comments.