They say that revenge is a dish best served cold...but this one still seems kinda luke warm. The Broncos face redemption against the Wolf Pack Saturday afternoon and try to atone for the lone low spot on last year's sterling season. Lest we forget, it's the Wolf Pack who've been on the receiving end of Bronco beatdowns for over a decade, so the Broncos find themselves in a unique position this weekend. We all know that Nevada is sans Krazy Legs and a few other key players, but this game is big nonetheless. You've already seen the analysis...now it's time for something useless. It's time to know your enemy, Bronco Nation...and know them you shall. 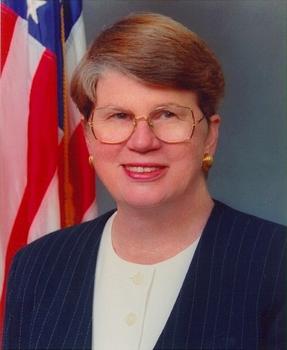 Contrary to popular belief, the city was not named for this gentleman.

9) Many know that current Wolf Pack headman Chris Ault is the winningest, and longest-tenured coach in Nevada football history (the latter of which has also afforded him the title of losingest coach in Nevada football history), but the coach with the lowest win percentage in school history is Gordon McEachron, who led the squad from 1955-1958. McEachron was just 6-23 in his 4 years at the helm and submitted his resignation in 1959, in part, because the AD wasn't too keen on his progressive ideas that athletes should receive student aid (McEachron had the football team working part-time jobs on campus to earn their keep). No one can say that McEachron was a failure in life, however, as he had served honorably in the U.S. Air Force during WWII, attaining the rank of captain and serving as a POW in Nazi Germany (he described his stay in Reno as "only slightly worse").

8) The Wolf Pack's mascot is a anthropomorphic wolf by the name of Alphie. Alphie has a younger brother named Wolfie Jr., who was apparently named after Alphie's uncle Wolfie (I'm not making this up, folks). Keen observers will tell you that Wolfie Jr. resembles his uncle a little "too" closely, if you know what I mean.

Alphie is the central character in a novel children's book called The Wild Wolf Pack Mystery where he scours Reno for legalized brothels the game day basketball. Levar Burton is reviewing the book now.

7) UNR's weekly student newspaper is called The Nevada Sagebrush and has been published continuously since 1893—although prior to 2004, it was simply called The Sagebrush, and before that—The Student Record. I pored through the list of prior editors to see if anyone of note popped out...but all I could find was F.H. Saxton, second editor of the paper (1894–1895) who must have died a wealthy man, as he once patented a gage for a table saw. I know what you're thinking...yes, that F.H. Saxton.

5) Some don't know that before Chris Ault was the head coach at Nevada he waited tables at the last supper he was starting quarterback for the Wolf Pack. Ault led the Wolf Pack offense from 1965-1967...and how was he? Meh. He guided the Pack to a 16-11-1 record during his time under center...and being only 4'11", I use the term "under center" quite literally. 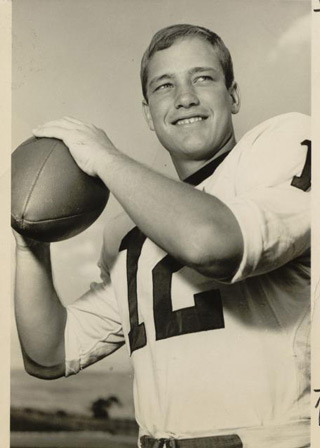 The photographer was standing in a ravine.

4) Boise State and Nevada played their first football game in 1971, with recently passed head coach Tony Knap leading the Broncos to a 17-10 victory over the Wolf Pack in Reno. All told, the Broncos and the Wolf Pack have played 37 times, with the Broncos emerging victorious on 24 occasions. A bout of selective amnesia only allows me to remember up until the 2009 matchup, but I get moments of lucidity where I vaguely remember something involving a kicker. Was Brad Elkin involved somehow?

3) The university's first building, Morrill Hall, was built in 1887 and still stands on the campus quad. The building was named after Senator Justin Morrill, the writer of the Land Grant College Act that allowed the university to find it's current home (the campus was originally in Elko). Morrill was quite the prolific statesman, helping found the Republican party and sponsoring not only the Land Grant College Act, but the Morrill Anti-Bigamy Act and the Morrill Tariff, which frankly I don't understand a lick of. Oh, and he had awesome mutton chops, possibly his greatest accomplishment. 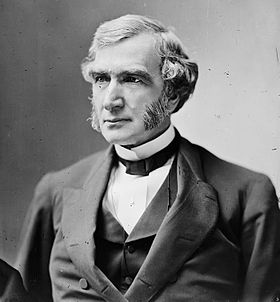 2) I included this tidbit last year, but for obvious reasons, felt it needed to be reiterated...Since 1978, Reno and nearby Sparks have been home to the Sinbad's Hot Dogs franchise. Sinbad's has sold over 2,000,000 hot dogs to nitrate-hungry Nevadans in their 30+ years of existence and their slogan is "Home of the Steamin' Weenie". Y'know what? I'm not even gonna touch that one (not without about a gallon of Purell®, anyway).

1) The worst beating the Wolf Pack have ever endured came at the hands of the Cal Bears to the tune of 81-6 in 1915. I only mention this because it is my sincerest hope, that Boise State beats this record like a drum on Saturday afternoon. I'll make no bones, friends...I do not care for Nevada, their pistols, or their miniscule headman. I remember last season's game better than I let on, and while the Pack won fair and square (screw that punt interference penalty, man)...I want vengeance to rain down upon them from the four horseman Billy, Kellen, Shea and Pestilence...I mean Doug. Fax this picture to Billy Winn if you must! An old fashioned RUTS is all that will bed down this angst. The Golden Bears provided the blueprint nearly 100 years ago.