Share All sharing options for: Game balls for Boise State versus Tulsa

The Broncos moved to 3-0 on the year by defeating Tulsa 41-21 on Saturday night, a result that left many Bronco fans underwhelmed. Would game balls cheer you up? Would beating Nevada by 80 points? Let's start with game balls.

Due to a combination of eternal love and muscle memory, voting Kellen Moore as the player of the game is somewhat of a foregone conclusion around these parts. But not this week. Jerrell Gavins stole Moore's MVP birthright with a sensational game, picking G.J. Kinne twice on deep balls in single coverage. Gavins was as good as he's been all year, which is to say really good. One of these games, teams are going to stop picking on Gavins, and since they are afraid to pick on Taylor, they'll probably just give up passing the ball altogether. I predict the UNLV game.

"Jerrell Gavins isn't the biggest tool in the toolbox"

I think Taylor meant it as a compliment. I think.

Runner-up: Play-by-play man Jeremy Bates used the word "nebulous" to describe the rules regarding cut blocks, to which Taylor replied, "I think when you say nebulous you mean 'confusing.'" No, I'm pretty sure that's not what "nebulous" means.

Most terrifying injury of the night

Seeing the Bronco medical staff massaging Winn's knee as he lay on the field made me instantly flash forward to a future week of injury speculation from fans, Iron-Curtain-levels of information hoarding from the Boise State athletic office, knee replacement reports from the Arbiter staff, and .....

Sorry, blacked out there for a moment.

Winn returned to the field in the second half, sparing all of us from Winn Watch 2011. Whew. Now we just have Baker Watch 2011, which is just as important but with a lot less fanfare.

Most terrifying knee brace of the night 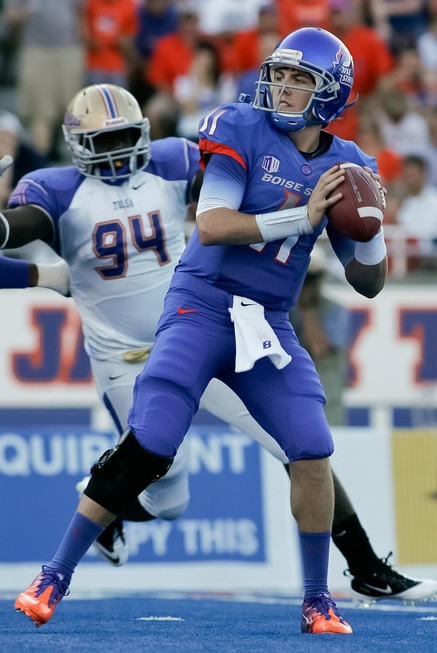 Both Moore and Coach Pete joked afterward that the knee brace was nothing, just a precaution forced upon Moore by paranoid doctors. But did you look at the size of that thing?! You could hide a couple of Chris Potters in there.

Byrd missed a start for the first time in 36 games due to the ravages of being 22 years old, which is 43 years old in center years. Oh, to be young and 21 again.

I mentioned this briefly in my game recap, but I think it's worth repeating. Blankenship really put his team behind the eight ball by playing G.J. Kinne. The Tulsa offense lacked the threat of a mobile quarterback, which is an element that makes the Tulsa offense so effective. When Kalen Henderson came in the game, you could see the playbook expanding before your eyes, like one of those pop-up books that had been stuck until someone removed the Kinne. Had Henderson been in the game from the start, I doubt Tulsa would have had such a horrible first half on offense. The final score might have been the same, but at least Tulsa would have given itself a chance.

The Cris Carter memorial "All he does is catch touchdowns" gameball

Technically, he catches touchdowns about one-half of the time the ball is thrown his direction, but it sure seems like they're all touchdowns.

Best performance by a player from a high school that plays 8-man football: Matt Paradis. The former walk-on played well in place of the rapidly aging Thomas Byrd. Bonus: He has a mullet. 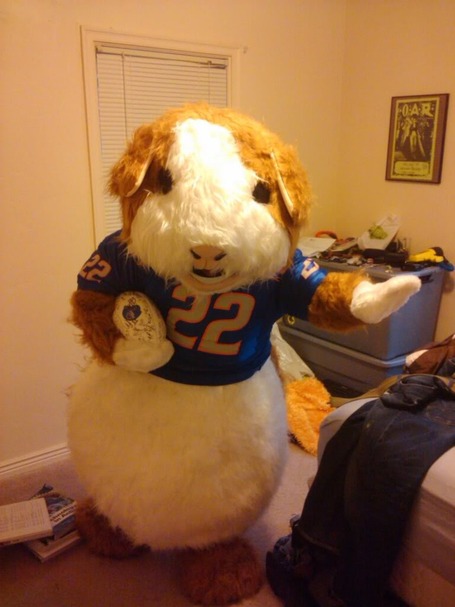 Dutch player of the game: Cedric Febis. Sure, he was the only Dutch player out there, but he came up with a couple huge plays. The INT of Kinne in the second half was the most noticeable one, but he was also there to stop Tulsa on 3rd down on their first series of the game with a nice open-field tackle. Wonder what having more Dutch players would do to this team.

What players, plays, and performances do you think deserve game balls? Anything I left out? Any idea what Kellen Moore keeps in that knee brace of his (e.g., Cheetos?)? Share your thoughts in the comments.