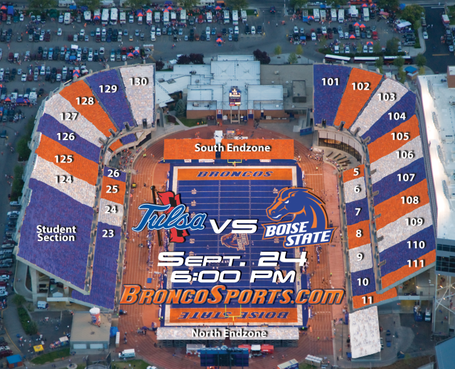 Best of luck to everyone attending. You can do anything you set your mind to!

Lots of good stuff from Moore's media interview yesterday, but maybe the best of all? Moore was wearing a Shane Falco jersey T-shirt. Falco was Keanu Reeves' character in the movie The Replacements. Classic Kellen. 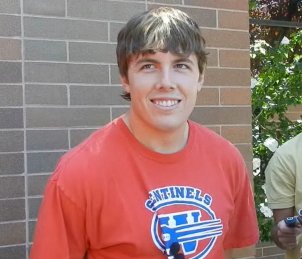 Coach Kwiatkowski not happy with the Bronco defense

To be fair, he found plenty wrong after the Georgia game, too ... or did he?

"The first game, we're nitpicking," Kwiatkowski said. "The second game, that was not acceptable."

Proving that G.J. Kinne has been faking it all week.

A brief summary: "Hey, have you guys heard of this Boise State team? They're pretty good. And check out these hilarious sanctions!" Also, wordplay.

The NCAA trouble? It's just like the Boise State offense. This, too, shall pass.

Speaking of wordplay, what's that Idaho Press-Tribune headline I see?

"The Wright Stuff" - a feature story on backup running back Drew Wright and also the title for my single-camera sitcom about the Wright brothers.

Stewart Mandel would give Moore the Heisman today, but maybe not two months from today

There's a lot of football left to be played, and most of that football is against teams no one thinks are any good. But hey, he's better than Andrew Luck and Robert Griffin as of right now.

No blog bet this week seeing that Tulsa does not have a fan blog that is readily available via Google search. Sorry, guys. Toledo blog bet should post any time, and I'll make an announcement when it does.

Happy birthday to Boise State defensive back Darian Thompson. May all your birthday wishes come true.