Get ready, Bronco fans. I'm talking Boise State kickers after the jump. Things could get uncomfortable.

Also, check out the rest of Boise State's lineup for Tulsa on Saturday night (6:00 p.m. MT, CBS Sports Network), and leave your thoughts on the kicking game, field goal predictions, fullback scenarios, the Dutch, and more.

Disclaimer: Depth charts mean as much as you want them to mean. Keep in mind that things change over the course of a game week and that game situations, injuries, and performance will render some of this depth chart moot. Still, it's fun to speculate ... with hyperbole! Let Byron Hout kick! 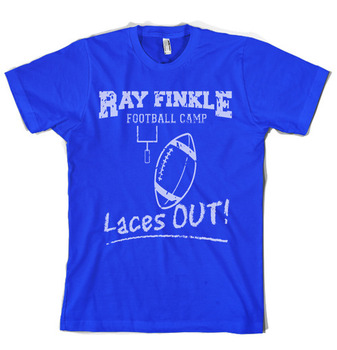 Friday night's extra point debacle brought back memories of Boise State's center-QB exchange debacles from seasons past. Thomas Byrd rolling snaps between Kellen Moore's legs is the same as aiming extra points toward the back end zone pylon in my book.

So I take some solace knowing that the Broncos' snapping problems are gone for good (knock on wood, sacrifice goat, pray). Bronco coaches will fix this. Here are some of their options: 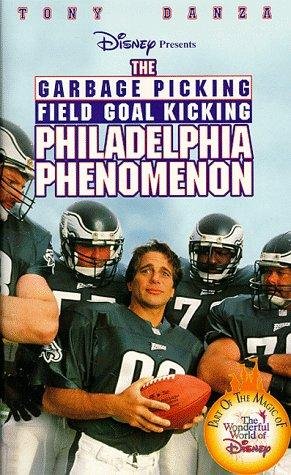 If I were to guess, I would say that Bronco fans want Van Ginkel to earn the kicking job and Bronco coaches want Goodale or Frisina. Tony Danza gets no love.

Chadd Cripe, why don't you start us off.

Chris Petersen has yet to call for a field goal, for obvious reasons. Plus, consider the alternative: Keeping the ball in Kellen Moore's hands. You only have that golden left arm for 11 more games, so you might as well get your money's worth. (Note to the NCAA: I did not mean real money. Please do not suspend anyone.)

Nonetheless, there will come a day when a field goal is the prudent choice. Maybe Saturday. Hopefully from the five-yard-line after Boise State has a 40-point lead. Anything other than that, and I don't think I could take it.

Despite the fact that Boise State has gained 274 yards rushing in two games, something just doesn't feel right with the Bronco ground attack. There are few Mangino-sized holes to run through and no 20-yard runs to speak of. Call me crazy, but I don't expect Doug Martin to get touched until he is running into my arms in the end zone.

That said, there's no reason to panic. The run game is usually the last part of an offense to click, and since BSU has shuffled its O-line already this season, the group is still getting to know each other. I would expect Doug Martin to gain 100 yards on Saturday, provided Kellen Moore doesn't throw for 600 and render the running game a moot point again.

Tackling: What's up with that?

The Broncos treated several Toledo ball carriers like Ryan Mathews on Friday night, leading to a serious amount of coaching up this week. Per Coach Pete's press conference, players will be encouraged to play with more energy, meaning "rally to the ball or else run stadium steps until you don't know which way is up and which is down."

Chadd Cripe reports that nickel Corey Bell and safety Lee Hightower are expected to redshirt, along with running back Jay Ajayi, provided no running backs tear any ACLs. Which reminds me ...

It's the third game of the year. Do you know where D.J. Harper's knees are?

Not that I'm superstitious or anything, but how about we give D.J. the day off this week?

The Broncos have been without the services of fullback Dan Paul and fullback - tight end Chandler Koch for the first two games of the season and now, possibly, the third. Coach Pete addressed this issue in his weekly press conference by saying, "We have some answers." Perfect ones, no doubt!

Defensive tackle Mike Atkinson is one. Linebacker Tommy Smith is another. Tight ends Gabe Linehan and Kyle Efaw are kind of the default guys. But I wonder if Petersen's "answer" is something more exotic. We've seen Tyrone Crawford at tight end last week. Might he pluck another unsuspecting D-linemen into the fullback ranks? Shea McClelin, perhaps? McClellin played running back in high school, and I have the bruises to prove it.

What do you make of this week's depth chart? Do you have a personal favorite in the kicking game? Think the Broncos will ever attempt a field goal again? Share your thoughts in the comments.