We're there, people. I began this odyssey all the way back in May and it has gone on, uninterrupted (thanks to a bit of help) ever since. This is the second straight year that we've batted a thousand on the countdown, so, well...hooray for us (especially me...I need the affirmation). It's been fun, and thanks to everyone that helped and to Kevan for putting up with my near total lack of other creative blog input since this exercise began. Starting tomorrow, we'll be on to bigger and better things...namely the 2011 football season. I can think of no better way to kick things off than with a kicking of the Bulldogs. Let's actually do it this time!

We've got 1 days until kickoff...but since that coveted jersey number is unclaimed this year, I'm getting creative. You're getting coach Chris Petersen

After a hall of fame career at UC Davis where he became the top-rated Division II quarterback in the nation, set as-yet-unbroken records for completion percentage (69.6...even higher than Kellen Moore's nation's-best 68.17) and became a Division II All-American, Petersen set out to begin his coaching career. His first big stop was at Pittsburgh, where he held the position of quarterbacks coach. At Pitt, his tutelage of QB Alex Van Pelt, led Van Pelt to eclipse the school's passing yardage record, established by Dan Marino. After his layover at Pitt, Petersen headed to Division II Portland State, where he again held the title of quarterbacks coach—the Vikings made the Division II playoffs both seasons that Petersen was there. Then, Petersen found himself at Oregon, where he coached the wide receivers. Twice during his 6 years at Oregon, the Duck offense broke the school record for single-season passing yards, and three times broke the single-season school record for most touchdowns. He joined the Broncos as offensive coordinator in 2001 and in his 5 seasons at OC, had two players earn All-America honors (running back Brock Forsey and OT Daryn Colledge). He also helped 12 Broncos earn first-team All-WAC honors, and 2 (Forsey and Dinwiddie) were named WAC Offensive Players of the Year. He became head coach of the Broncos in 2006...and well, the rest is history. 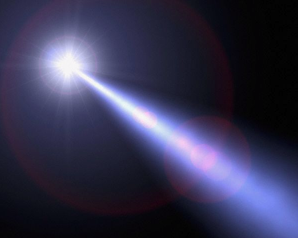 2007 Fiesta Bowl win over Oklahoma capped off 13-0 season. Recipient of 2007 Bear Bryant Award for nation's best coach. Back-to-back WAC coach of the year honors in 2008 and 2009. Capped another undefeated season in 2009, going 14-0 and winning second Fiesta Bowl against TCU. Recipient of yet another Bear Bryant Award in 2009, becoming the only two-time recipient. Won Bobby Dodd Coach of the Year award after 2010 campaign. Leads all active FBS coaches with .925 win percentage and has led the team to 5-straight 10-win seasons and 4 WAC championships.

Before Coach Pete became a Boise icon, and the most sought after coach in the country, he was the "man behind the curtain" quietly masterminding the impressive Bronco rise during the Dan Hawkins era. It was only after Hawkins' departure, and subsequent egg-laying at Colorado, that people across the country began to realize that Pete was pulling the strings long before he took the reigns of the Bronco program. In his first year with the Broncos all he did was lead the team to a 13-0 season and a historic victory over Oklahoma in the Fiesta Bowl. He then followed up a somewhat disappointing '07 season by naming a redshirt freshman named Kellen Moore the starting quarterback, and subsequently notched another undefeated regular season and kicked off a 3-year run where the Broncos have gone 38-2 with their only losses coming by 1 and 3 points. It's true..the Broncos are just 4 points, or one different bounce of the ball (or kick of the ball) from being 40-0. The numbers are staggering if you think about it...and I don't think for a minute that this team would be 61-5 over a 5-year span without Coach Pete's leadership. Sure, we've lost both coordinators in the last two seasons, but make no mistake...the key cog is Pete, and man, are we lucky to have him.

Think Pete's on-field smarts are the only thing keeping this machine running? Think again. Look at the recruits that Boise State is going after, and getting, in the Pete era. The reason isn't because he sells the recruits on the Xs and Os of the Bronco schemes...it's because he genuinely cares about his players, and wants them to succeed off the field as well as on. Pete has created such a welcoming, family atmosphere that higher profile recruits are starting to believe in the Boise State "magic". He's a father figure, mentor, and confidante to players from all walks that want, above all, to be winners on and off the field. If they listen and buy in...they will be.

So what should we expect from Pete in 2011? Every season is different, and it's foolish to expect to go undefeated every year, but I guarantee you will see one of the most prepared and disciplined teams in the country take the field every week—starting tomorrow evening and hopefully going into January. You will see Coach Pete be respectful of every opponent and prepare for each team—big, small, good or bad—as if they're the Broncos' biggest game. You'll see Coach Pete give boring, non-controversial answers to reporters' questions, because he truly believes in "doing the talking" on the field. And finally, the thing you can expect from Coach Pete in 2011 is winning, and lots of it. I won't be so bold as to predict an undefeated season, a BCS berth or the like...but this team will win and win big this season, and add a bit more to the Coach Pete mystique that is quickly becoming legendary in the Treasure Valley.