Want to know more about the Toledo Rockets? Me, too. To find out if Toledo is a team worth worrying over or a team worth pitying, I posed some questions to the guys at the Let's Go Rockets blog. Their sage advice is after the jump. I'd say they are self-aware, bordering on resigned, bordering on hopeful.

The blogging team at Let's Go Rockets covers any and all things Toledo-related and hates Ohio State with a burning passion that I think most people can appreciate. Visit their site for your Toledo fix or maybe considering getting that Toledo fix looked at because that sounds like a strange thing to have.

1. Describe your team's offseason as if you were pitching a movie. Make me emotionally invested.

In a world, where both of our cars are totally under water... Led by 5'10" 180 lb. WR Eric Page, the Rockets are looking to make some noise. After a big win over New Hampshire, the Rockets fought a tough battle against O$U. Other than the moronic fans that cheer for the scarlet and grey, the nation stood behind the Rockets and were pulling for an upset. The fairy tale ended when the Rockets were stalled on 4th and 5 as the Buckeye$ took a knee to end the game. A team that has faced adversity in losing key defensive players, the Rockets keep bouncing back and look to take on America's sweetheart, Boise State. Friday is date night. 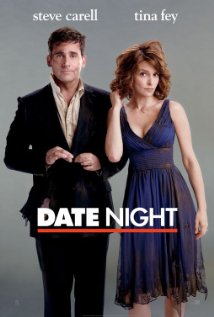 Our most dynamic and dangerous player is Eric Page, so our money is that Boise would select him to complement their strengths.

On the flipside, Toledo would benefit most from either Aaron Tevis or Byron Hout. The Rockets' depth at linebacker is diminishing as players are getting hurt, so at this point in the season, we would take a linebacker from a stable of amazing defensive players.
.

The strength of this Rocket team is its offense. The Rockets finally put together a good running game with a powerful passing game. Throw in 2 QBs (different packages) and 2 stellar RBs, the Rocket offense is going to score some points this year.

The weakness of this year's team so far has been the mental mistakes causing unforced errors (here's looking at you, Famous Idaho Potato Bowl). The Rockets were flagged 14 times for 102 yards against O$U. Several of those were illegal formation calls while punting. Gotta keep their heads in the game.

Name three keys to victory for your team. Name one key to certain defeat.

In order for Toledo to be successful in this game they have to keep in the right mindset, spread the ball around and tighten up on defense.

After the loss last week to OSU, Toledo cannot come into this game deflated. At the same time, everyone on Toledo's sideline is aware of the type of opponent we are facing this week, so the player's cannot become overwhelmed or over-hyped to play Boise -- they need to show up prepared and relaxed.

UT needs to spread the ball around and get the ball into the hands of our playmakers. If the offense fixates on one or two targets, it will be a long night for Toledo once Boise locks on. We've done a good job of sharing the rock so far this season and we need to keep that going.

UT's defense has to step up in this game and give the offense a chance to keep this game close. Boise has the ability to turn it on and burn up opponents, and if the secondary can limit the passing game, it will be to Toledo's advantage.

If any one of the above items goes adrift, UT will be in a tough situation and Boise will capitalize.

What are you talking about? We love Taco Bell (if they would just keep the good things on the menu!) While this team is much better than what Boise saw last year, they certainly aren't top 5 good. Top 5 teams do not overlook opponents, and Boise will not overlook Toledo.

After rearranging your scale, with Captain D's being the low scale, we'll rank the Rockets' chance of winning on Saturday as Arby's "it's good-mood food." The Rockets had better be in a great mood to win on Friday and need Boise to show up after eating 20 sliders at White Castle. 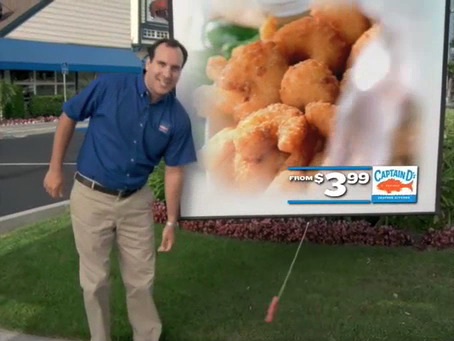 Best of luck to the Let's Go Rockets gang and Toledo, and I do not mean that at all.

How does hearing Kyle's Georgia plan make you feel? Are you more or less confident that the Broncos will win on Saturday? Are Hardee's really that bad? Share your thoughts in the comments.