Deuces wild! The game is so close now, I can practically taste it. Why does it taste like Bulldog tears and Corn Nuts?

We've got 2 days until kickoff...so today we'll highlight the player wearing #2 on the Bronco roster—Matt Miller

Miller was one of the stars of the 2010 recruiting class and one of the biggest stars to come out of the state of Montana since Evel Knievel. Miller earned 12 varsity letters at Capital High from four years of domination in track and field, basketball, and football, but the latter was where he really made his reputation. Miller helped lead Capital to four consecutive state championship appearances—bringing home the hardware in the first three. He finished his career with records for single game receptions (10), receptions in a playoff game (nine), single season receptions (54), career receptions (108), receiving yards (1,751) and career touchdown receptions (23). As a senior, Miller was named the 2009 Montana Gatorade Player of the Year, Offensive State Player of the Year, earned first-team All-State honors as a receiver and cornerback and  was second-team All-State as a punt returner. As an underclassman, Miller was named first-team All-State as a receiver and cornerback (junior year), and earned first-team All-State at corner, and second-team All-State as a receiver (sophomore year). As a senior, caught 50 passes for 828 yards and 19 touchdowns and rushed for 864 yards. On defense, Miller made 35 tackles, recorded five knockdowns, and had two interceptions. As a junior, he caught 54 passes for 932 yards and 15 TDs, and rushed for 663 yards and six scores...then made 39 tackles, two interceptions and one defensive TD as a junior. And I just now realized I could've just shown this video and saved myself a lot of typing (he's number 2).

I'm hoping he can sprout a few extra limbs before the opener. A new Achilles tendon would be nice too. 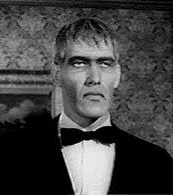 His whole high school career was a highlight.

Achilles injury led to a forced redshirt in 2010 and a long, likely painful rehab.

I think Miller surprised everyone when he showed up with the oft-maligned "OR" tag at X receiver on the game week depth chart. Many thought that Geraldo Boldewijn was the clear-cut #1 at the position and that Miller might still be nursing his Achilles injury. Not so! Miller, who didn't even suit up in the Spring, put together a rather solid Fall Camp, where for some stretches, he still wasn't going at 100%. But it's Miller's hands and versatility that apparently put him in neck and neck with the slightly taller, slightly faster Boldewijn—Miller is also listed as the team's backup holder. We only got to see a small flash of what Miller can do when we saw him in the Fall Scrimmage, but watching his highlight reel gives you a good idea that he's not just merely more athletic than his competitors. Miller has a big body, soft hands, and the ability to put his body in the right position to catch the ball and shield defenders—much like Austin Pettis, whose vacated #2 jersey he'll be wearing this season.

I gotta say, my initial surprise at Miller's Fall ascension was based solely on my understanding that his injury would be hampering him into the late preseason...because beyond that, I can't say I'm surprised at all. Last year, before Miller's injury, I predicted that he'd play as a true frosh—I think he has the potential to be that good. This season, I think he'll be the new possession receiver for the Broncos...I hesitate to call him the new Austin Pettis, but I think he can have the same type of impact when all is said and done. The kid's the real deal, and we should all get used to his name real quick. Miller will have at least 400 yards receiving this year and should be a big-time redzone threat.

To rehab his Achilles, team trainers suggested a rather bold new procedure—getting a tattoo of Steve Buscemi as a helmet-less Darth Vader on his calf. Somehow, it worked. I won't claim to understand modern medicine, but what an age we live in! 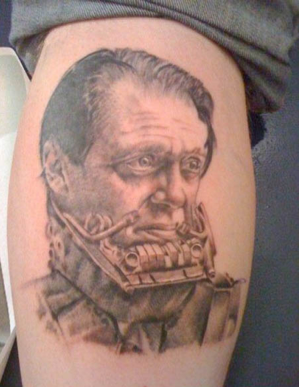